Fnji: Iceberg Sofa uses the power of design to speak up for the environment

Fnji is an independent furniture brand founded in 2010 by designer Guqi GAO. The brand name in Chinese, ‘梵几’, refers to furniture that gives a sense of cleanness and serenity. As simple as it sounds, Fnji’s philosophy is to create practical, durable and elegant everyday furniture. Similar to some successful contemporary Chinese furniture brands, Fnji has been exploring the possibilities of giving traditional craftsmanship a new life by incorporating it into new design language. Starting from furniture design, Gao wishes to further influence people’s aesthetics and choices of lifestyle.

The latest work, ‘Iceberg Sofa’, an organic and conceptual masterpiece, comes from the new collection for the Fnji Crestline which will be released in September 2020. Inspired by iceberg in nature, it develops from the ‘Mountain Sofa’ (2019) of the Fnji Crestline. The design expresses Fnji’s awe of nature and reflection on recent on-going environmental issues. 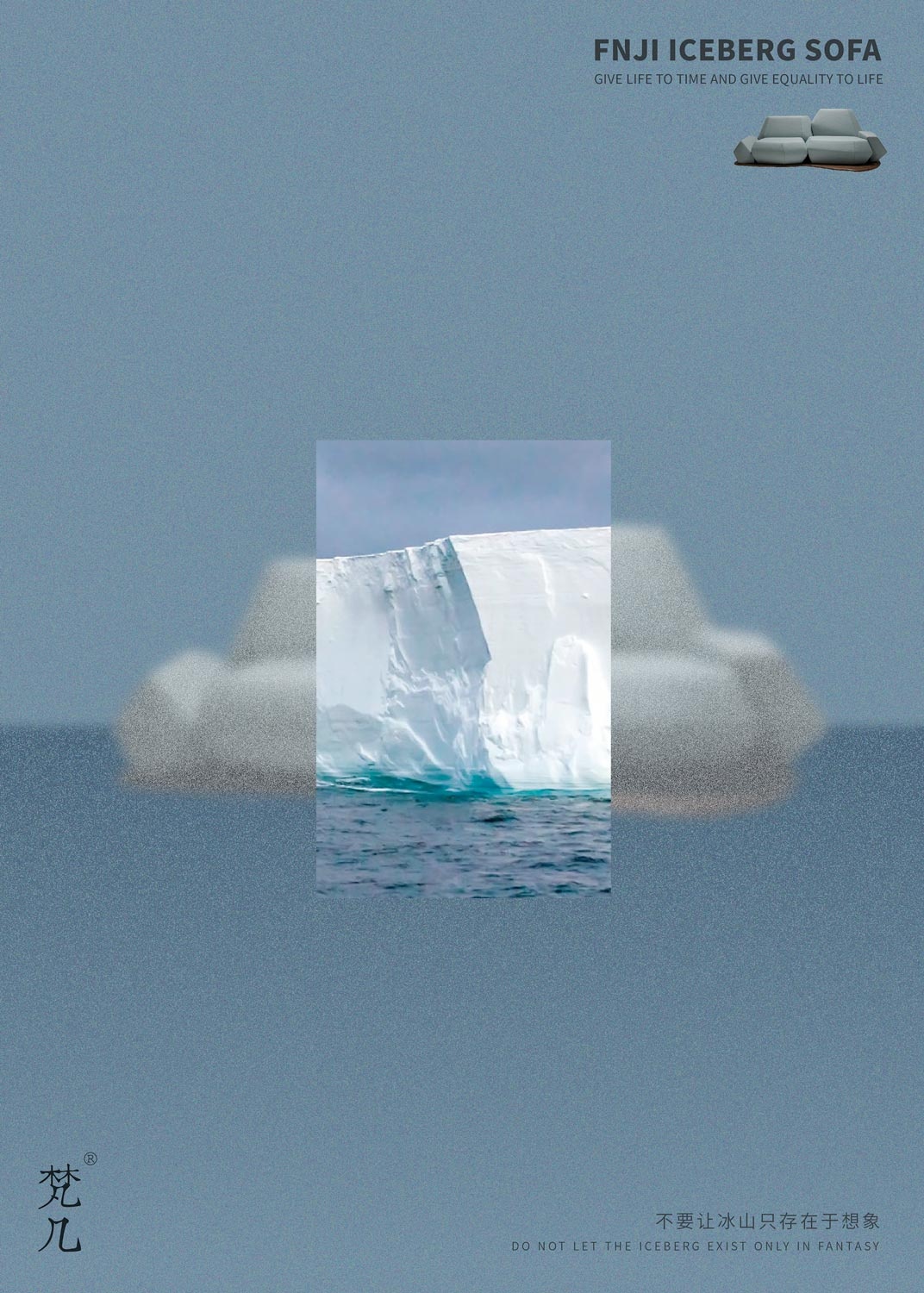 “Due to global warming, temperatures in the north and south poles have reached 20 degrees and glaciers have melted. Animals such as penguins and polar bears have suffered from the severe damage of their habitat and are on the verge of extinction. At the same time, the melting of permafrost also means that the ancient viruses may be released, which threatens the survival of all animals and human beings.” Fnji put this thinking into the design and tries to awaken more people's awareness of environmental protection. By using the power of design to make a voice and documenting humanity values in its works, Fnji’ continues to explore the relationship between nature, people and furniture. 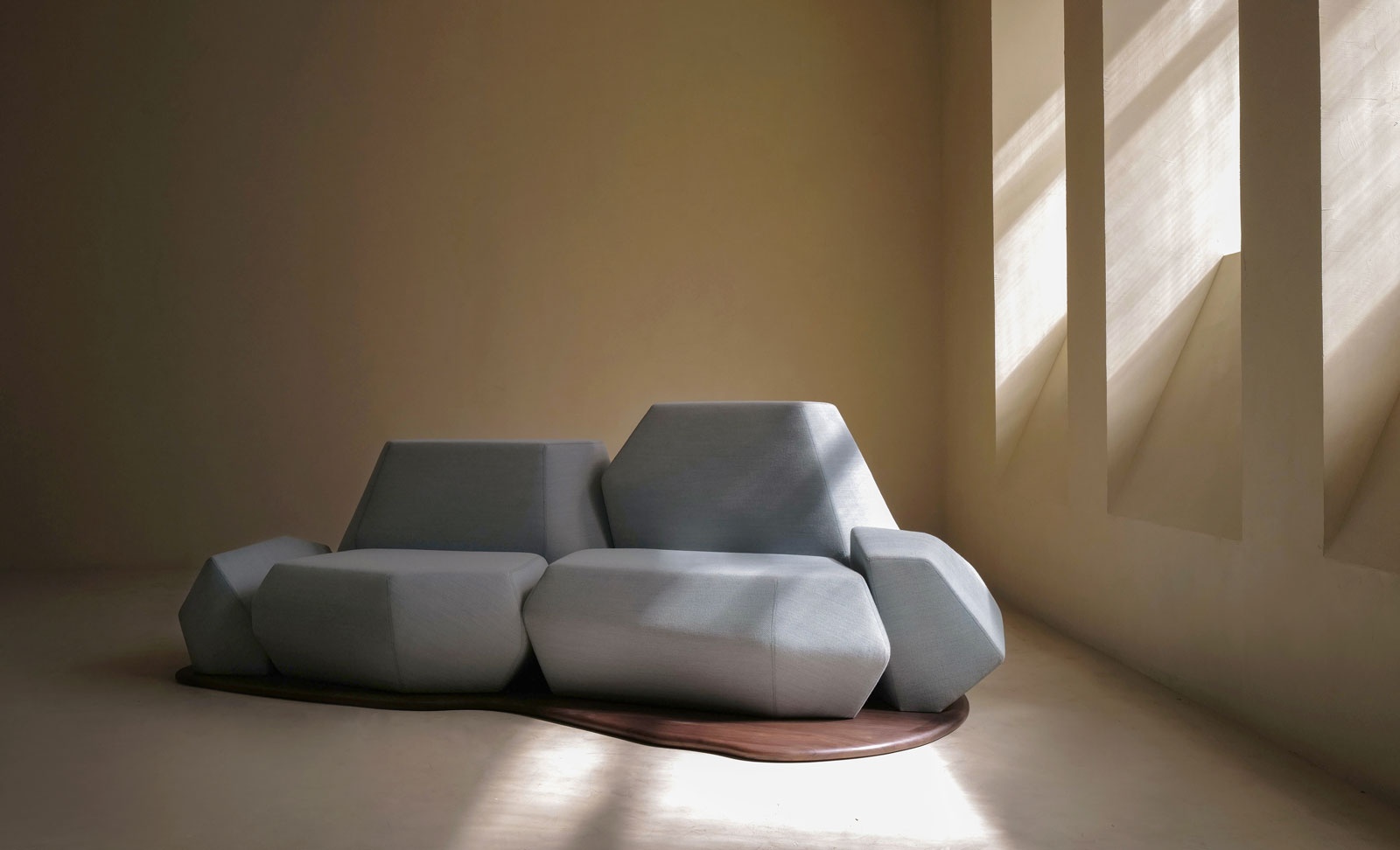 The Iceberg Sofa is a story about time. The sofa's well-defined seat surface, backrest and armrests speak about the formation of the iceberg, and the solid wood base with quirky curves represents the disappearing of the iceberg. Different in shape, independent blocks interlock with each other to form a dynamic assemblage.


The Iceberg Sofa imitates the natural form of iceberg created by wind and frost in billions of years and applies it to the design of sofa blocks through bionics methods. The blocks are shaped like sculptures and provide different looks from different perspectives. Six independent blocks collide and interlock with each other to form the Iceberg Sofa that is both uniquely shaped and comfortable. The solid wood base imitates the ice water from melting iceberg. 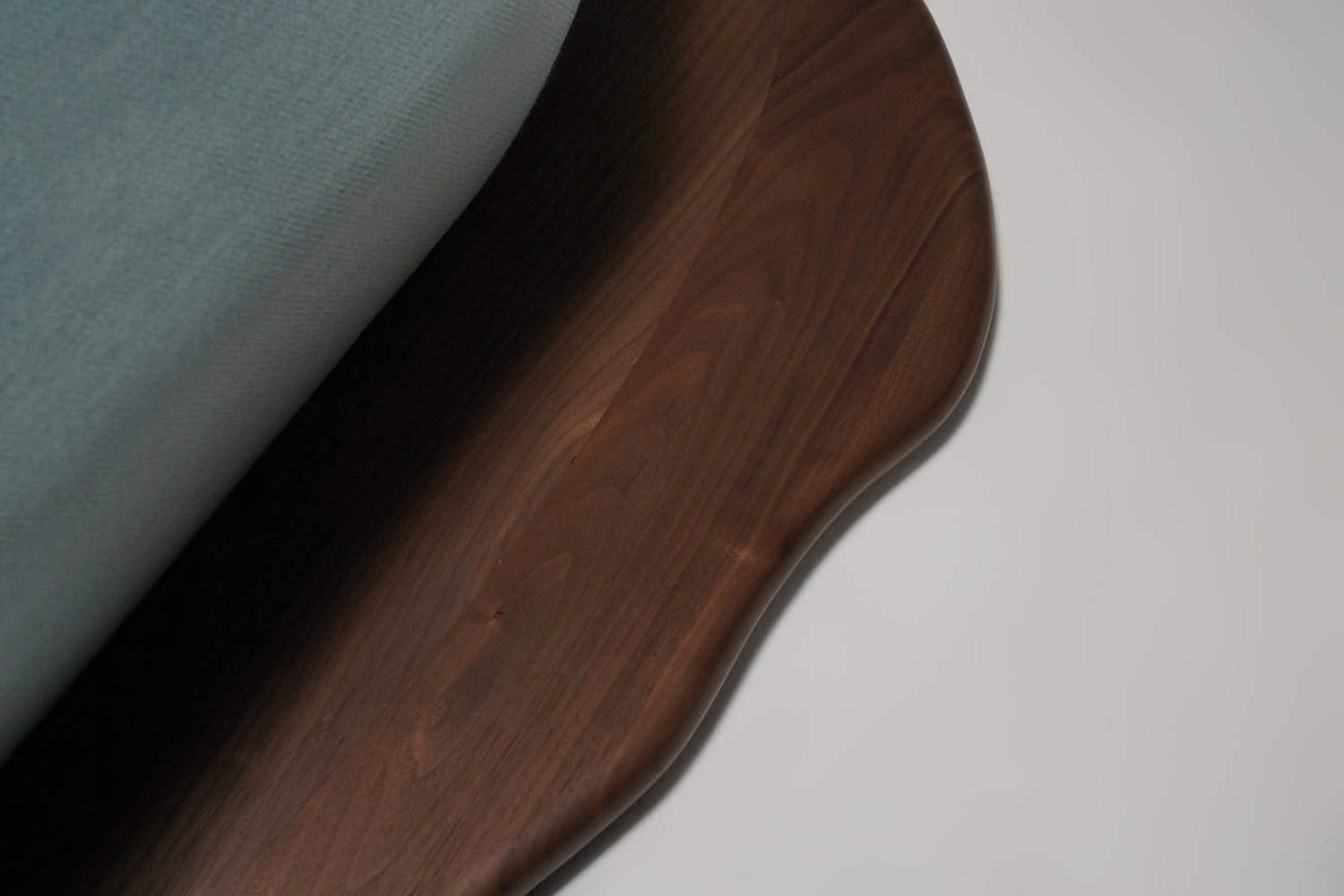 The design of special-shaped blocks brings great technical challenges. Fnji returns to the most primitive method and separately process the internal skeleton and the surface sponge for each surface and then assemble them. The entire process requires accurate grasp and application of techniques.


Fnji selects the multi-purpose wool fabric of Kvadrat Fiord made of blended yarns and dyed yarns. The visual effect of pearl-like dots on the surface creates the three-dimensional effect of the Iceberg Sofa. The solemn lines, the wool fabric with soft touch, and the humanisation design with strong support create rich feelings when one is sitting on the sofa. This is Fnji's attempt for more irregular shapes; while keeping the basic functions, it challenges the traditional form and concept of sofa. 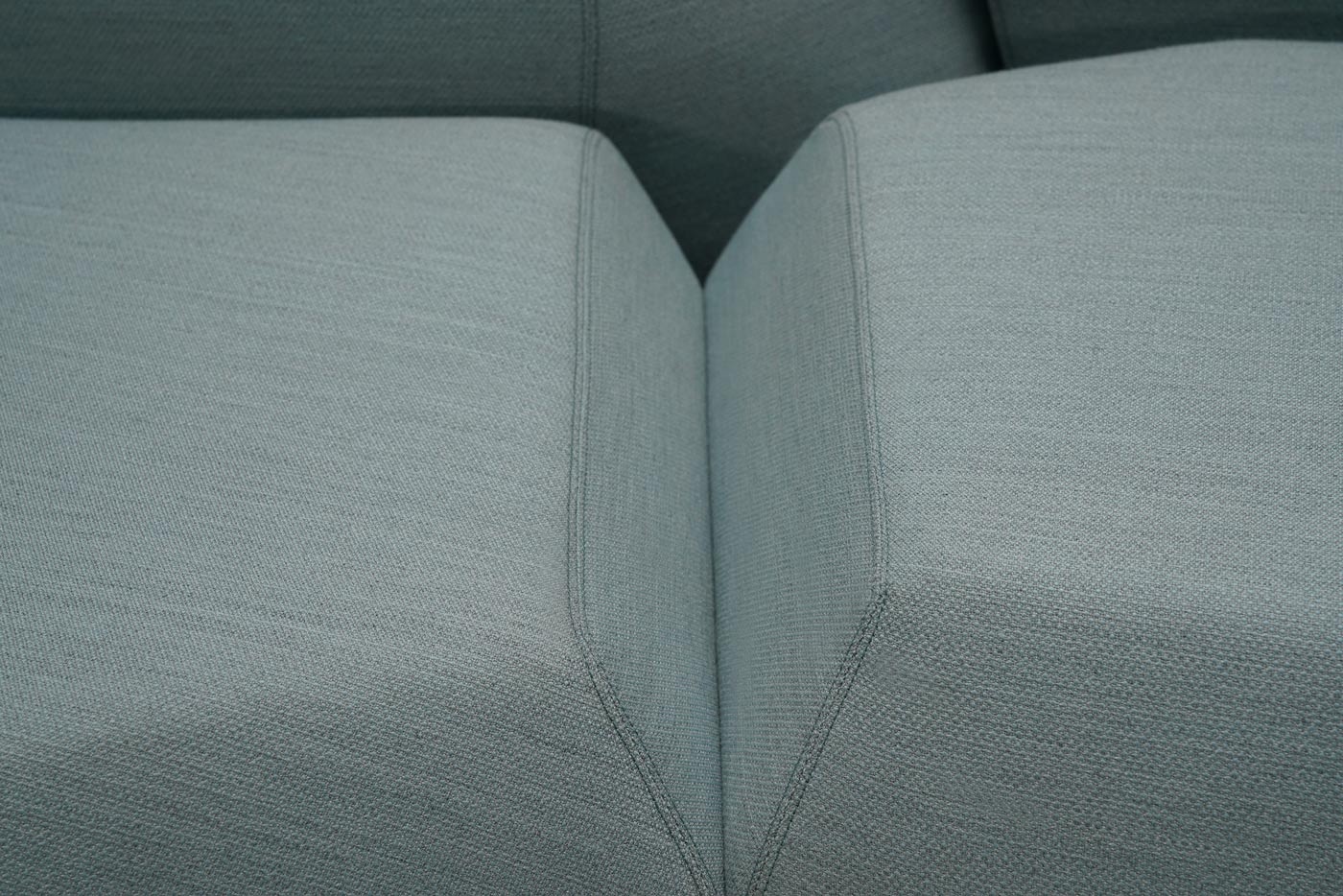 “Give life to time and give equality to life.” Under the glacier, human beings and animals are a community of common destiny. Human beings should cherish the time with nature, as Fnji says, “otherwise the iceberg would only exist as a fantasy in the near future.”

Image and original text by Fnji 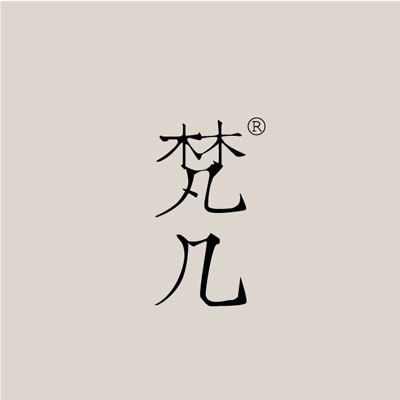