When seeing the work by Haoyu Wu, you may wonder if they are very complicated to make. However, for the artist himself, the craft technique is never the main problem. Haoyu said that his work is not about craftsmanship, but he just happened to love ceramics and use it as his language. His work can be majorly seen as four series: “Encounters”, “New Stoneware”, “Birth & Growth” and “Breaking & Rebuilding”, carrying his discovery in depth of art from different times.

Chinese people have this typical mentality, where they normally set the theme, art form and direction of development first before they start a project, then trying to fit into those boxes. Haoyu, instead, tried to break the rules and find ideas beyond thinking. He prepared a large pile of paper and a pen, drawing “meaningless”  circles any time and anywhere. He found the lines he liked within these circles and turned them into three-dimensional shapes for his first series “Encounters” (邂逅). As the shapes are completely meaningless, they become the carrier of meaning. Everyone can interpret the work their own ways, which are usually unrelated to each other. 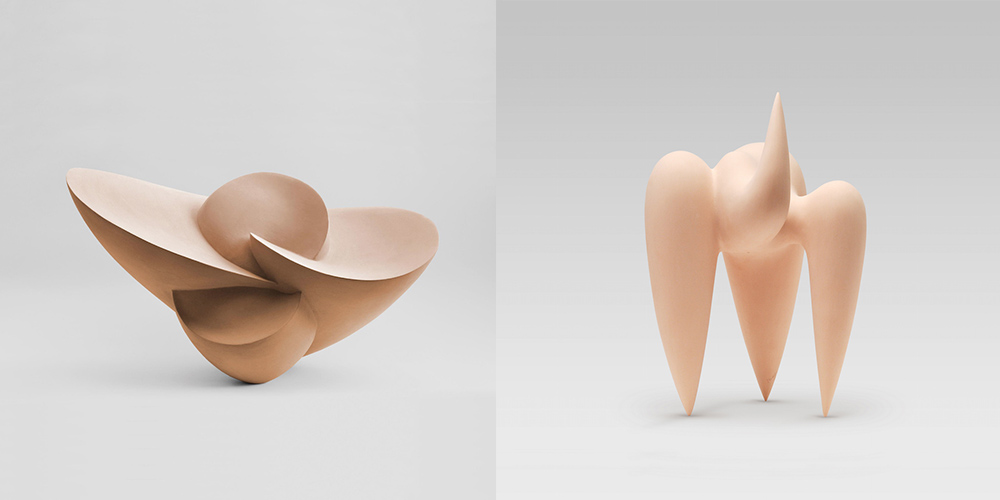 
When starting to do the project “New Stoneware” (新石器), Haoyu was in Jingdezhen. He saw many people there painting and sculpting Taihu Stone as a symbol of “elegance” (雅). Haoyu picked up a stone by Sanbao Road. It is just a normal stone, but Haoyu thought the stone was historic. It might have met some predecessors while standing still for all these years, witnessing the pass of time. He stared at the stone for two hours, stuck clay on it, started fettling, slip casting and firing. The work is pure white while keeping the rough texture of the original stone. Sharp and powerful lines growing from the inside, which seems to be independent of the stone yet still integrate with it. “Neolith” is the materialisation of Haoyu’s inner world, where the traditional and the modern tangled, conflicted and merged together. 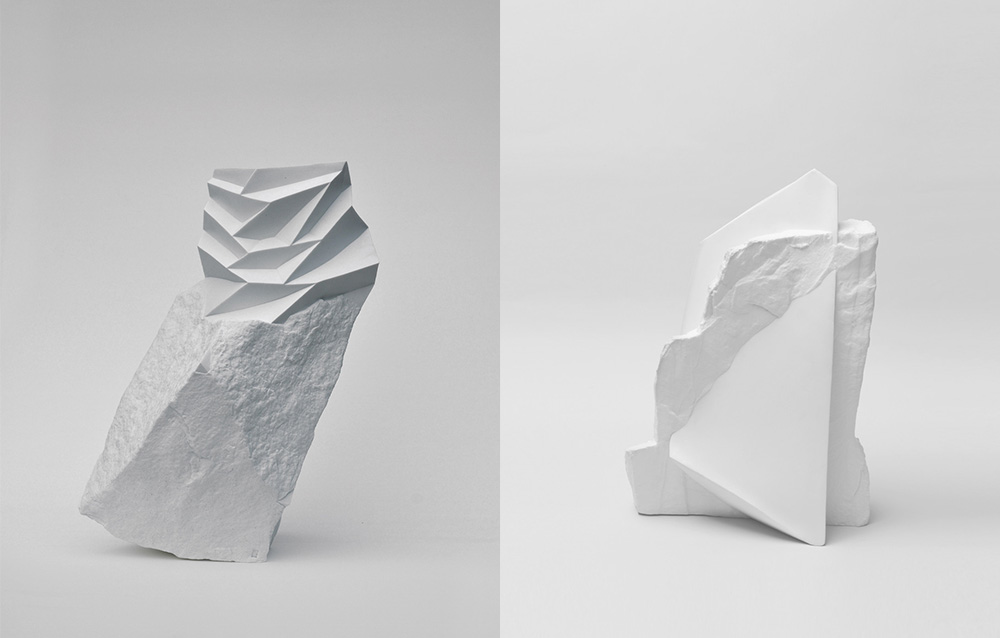 
In “Birth & Growth” (生|长), Haoyu discarded the precision he had before, and let the clay itself grows almost brutally. The final pieces are shaped like honeycombs, complicated and full of strength. Haoyu explained: “It is hard to define ‘grow’, whether it’s positive or negative, beautiful or ugly… It is ineffable, just natural.” 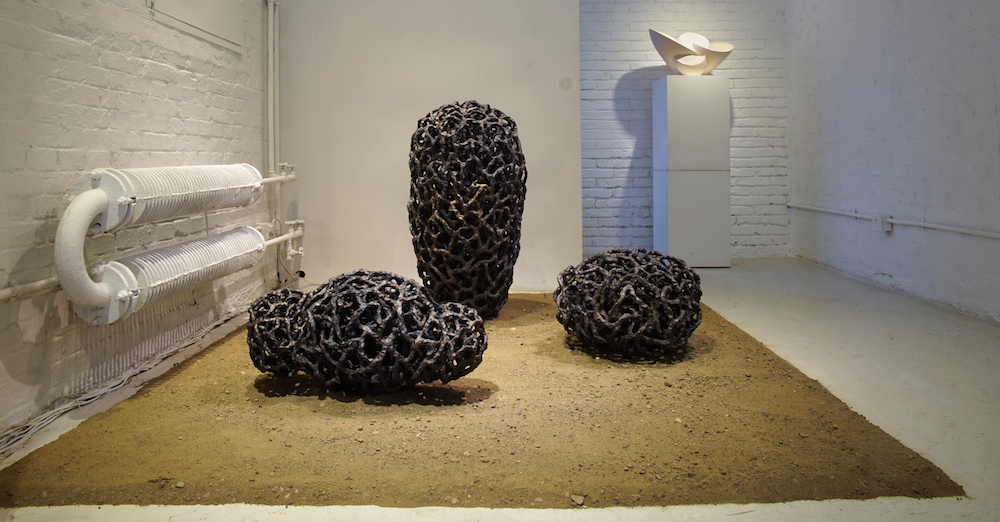 
“Breaking & Rebuilding” (破|立) are consisted of large-scale pieces, similar to “Neolith”. Haoyu went back to the simple idea of “making some ware”. He made huge pots and fired in the kiln. In the process of firing, the pots collapsed, forming attractive shapes and lines that can hardly be done by hand. The pots experienced the evolution from breaking to standing again, half made by men, half made by chance. This interaction really intrigued Haoyu. 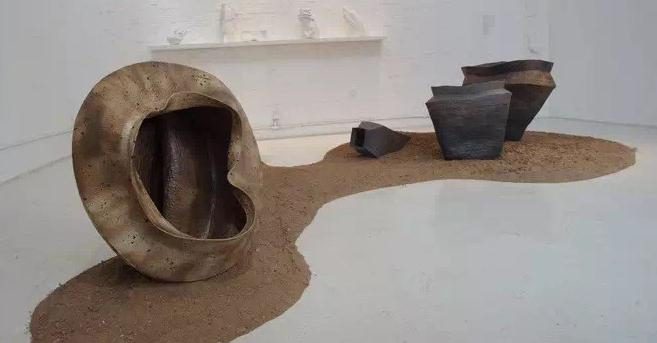 Haoyu Wu, working at the kiln

Haoyu Wu has been practising ceramics and drinking tea for over 10 years. It is obvious that he wanted to make teaware. Gradually the product range expanded to flower ware. He aimed to make each piece original, practical and unique, impossible to reproduce. Starting from raw clay, the making process is kept in the most traditional way by hand. The local soil in Naning, Guangxi is full of iron, making the products naturally almost black but surprisingly lightweight. The pure simplicity and roughness lie in these wares, whilst thoughtful details appear when observing closely. 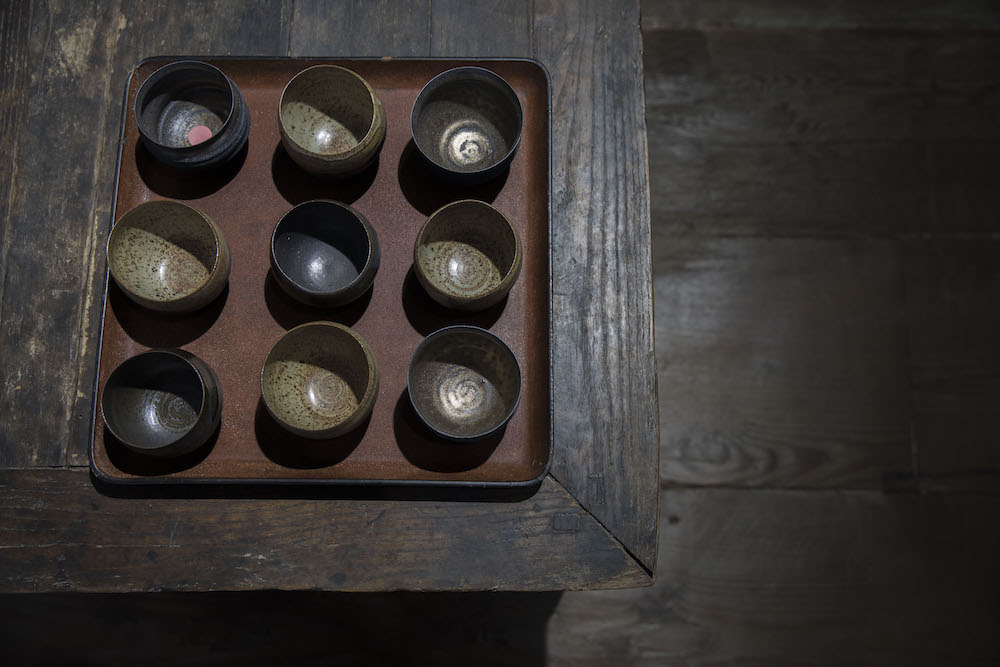 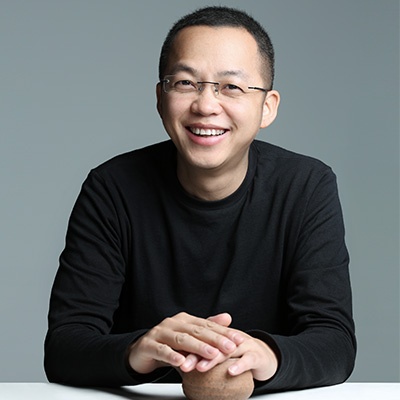 29
Ceramic artist
You may also like
Wallpaper* show caption back