Self-made Company was established in 2002. In the eye of Song Tao, its founder, the purpose of design is the combination of its traditional form with the contemporary culture.

Song thinks that a Chinese designer must use the representative symbol of classic furniture as his or her designing element,  because of the unique and intrinsic beauty of traditional Chinese furniture and the aesthetic sensation silently flowing in the blood of Chinese designers. The designers at the Self-made Company endeavour to restore the essence of the classic Chinese aesthetics, as to enable the global audience to rediscover and realise the profound beauty in Chinese art forms. 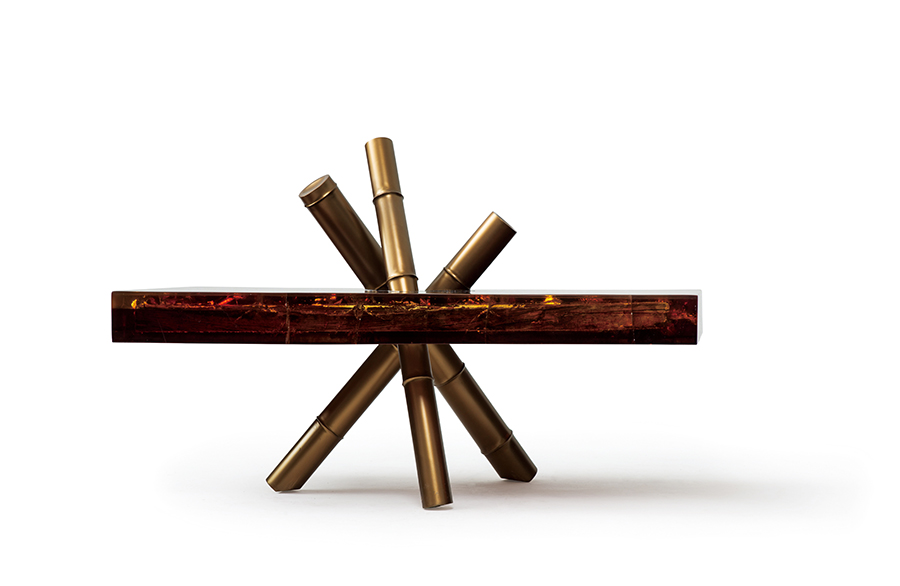 Song Tao was born in Shanghai, 1969. He has studied at National University of Art and Design (now the Advertising department of Tsinghua University) and majored in Graphic Design and Drawing. In 1993, he got a master’s degree in Plastic Arts in Paris 1 Pantheon-Sorbonne University. He then returned to China and founded the TAO Gallery in the following year, which held many exhibitions for Chinese contemporary artists. Subsequently, he founded Song Tao Design Studio, which offered services like furniture, interior and exhibition design. In 2002, Song Tao opened his exclusive brand agency, promoting the artworks of outstanding Chinese artists and designers. In 2007, he found the art exhibition institution named SAY FINE ART in the famous 798 Art Zone in Beijing, which was dedicated to the recreation of Traditional Chinese handicrafts. In 2008, Song Tao organised a brand League joined by Chinese artists to design artworks using wooden and metal materials, aimed at helping people to rediscover the vitality of the fantastic plastic arts in traditional Chinese culture. 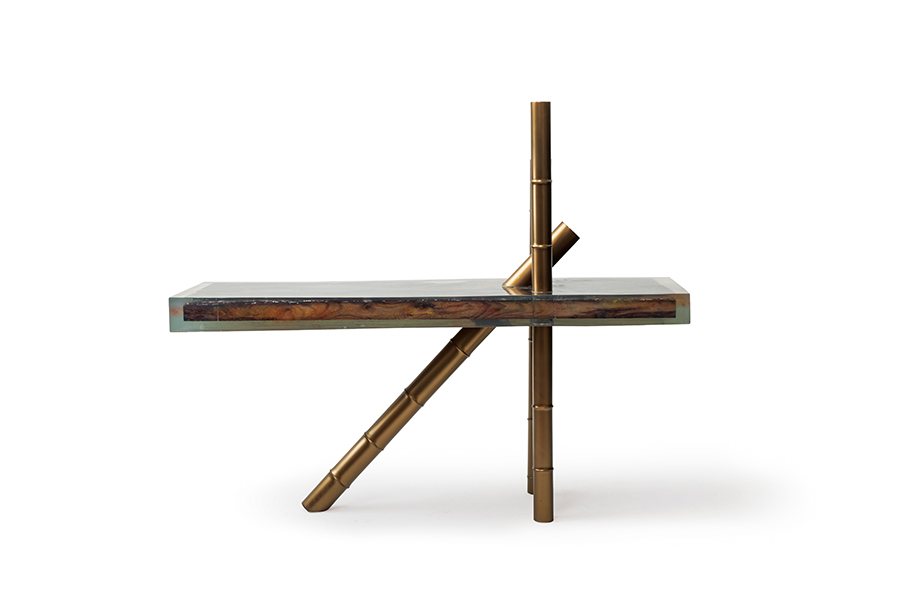 Bronze bamboo represents the spirit of the strong vitality and forever youth, while old wood is a natural material. Amber fossils symbolise the solidification of the time. 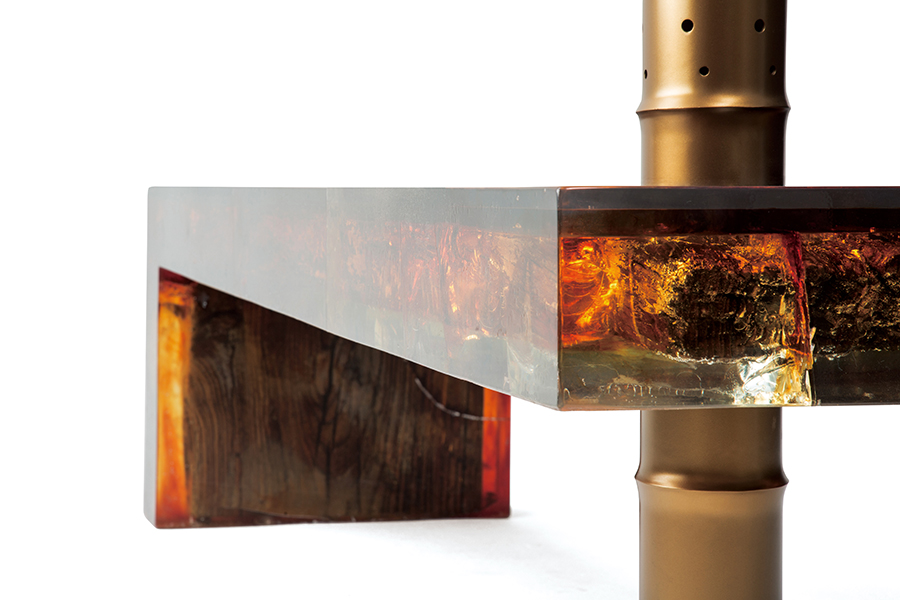 Song Tao's works aim to contrast the ancient Chinese philosophy with the modern view from the West, creating a continuous dialogue between the minimalism and the traditional handicrafts. 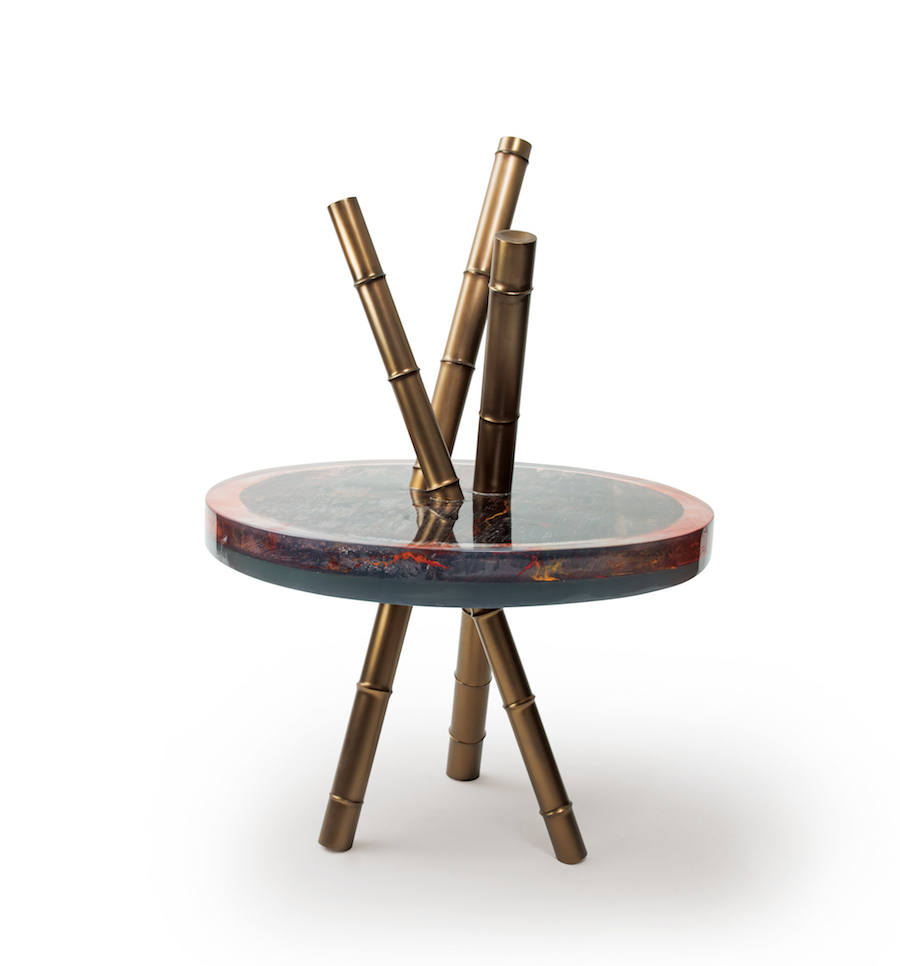 "Modern fossils" series uses China's highly dynamic and changeable modern environment as the context, questioning the concept of time and even challenging the significance of the history.

The surface of the table benches and objects are made of ancient precious wood, suspended in the acrylic or paint blocks as if frozen by the time.

The texture of the wood is thus "de-naturalised" and evolved into the "natural" metaphor of modern urban society, the artificial "nature" that is suspended in acrylic.

The remnants of the past are separated from the present by the traces of the present. If saying the fossils are physical records of evolution, in Song Tao’s view, they are an integral part of the evolutionary process that is almost impossible to record. 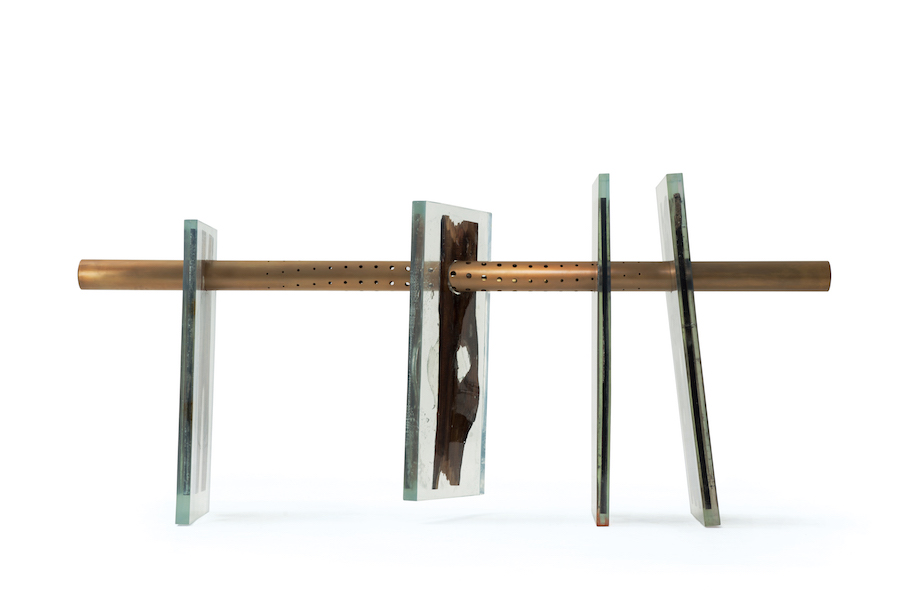 His work raises the question of how can artefacts be revived by re-activating the art of the past and making the mix of identity changes and the assimilation process of the new aesthetic assimilation process? His sophisticated study of the dialogue between the material and modelling, often known as 'minimalist elegance', a clever balance between the essence of the traditional 'Feng Shui' principles and modern Western aesthetic to achieve. 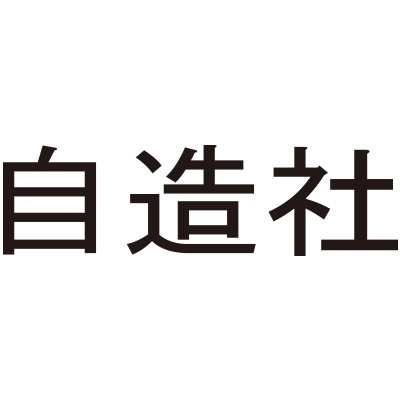 27
www.zizaoshe.com
You may also like
Wallpaper* show caption back