Been in Hangzhou for more than 20 years, BAO Wanshan is originally from Songyang, Lishui, Zhejiang. Located in the western suburbs of Hangzhou, the Fengchang Tea Academy was created in early 2017 by Bao and his friends, as one of the largest cultural space in China, covering an area of nearly 2,000 square meters. The space is roughly divided into tea rooms, restaurants, classrooms, art galleries, exhibition halls, etc. Compared with the traditional tea houses that focus on drinking and selling tea, the space of tea aesthetics focuses on tea as its core element, combining the aesthetics of other categories of life into this space, such as flower viewing, smelling, music, art exhibitions and more. The Fengchang Tea Academy now organises an art exhibition every two months. 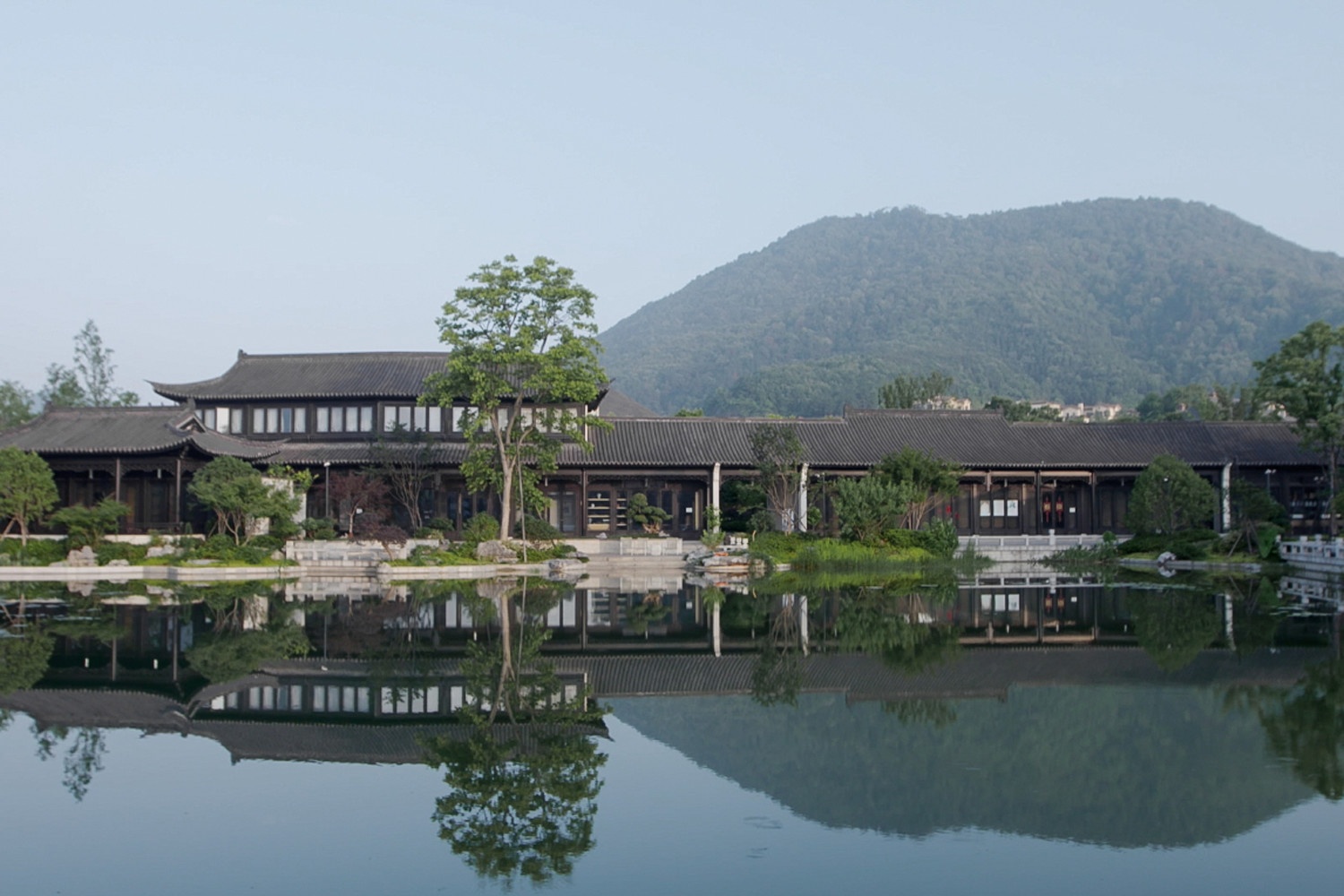 One of the partners, Miss Yapei, is a well-known florist in China, who would organise a lot of gatherings related to flower and tea. Another partner, Mr Guo Xin, was born in a family of traditional Chinese medicine and hence he brings the best Chinese herbal cuisine to Fengchang Tea Academy. When it comes down to it, Bao and his friends aim to attract more young people to appreciate traditional cultures by combining traditional and modern art and lifestyles. 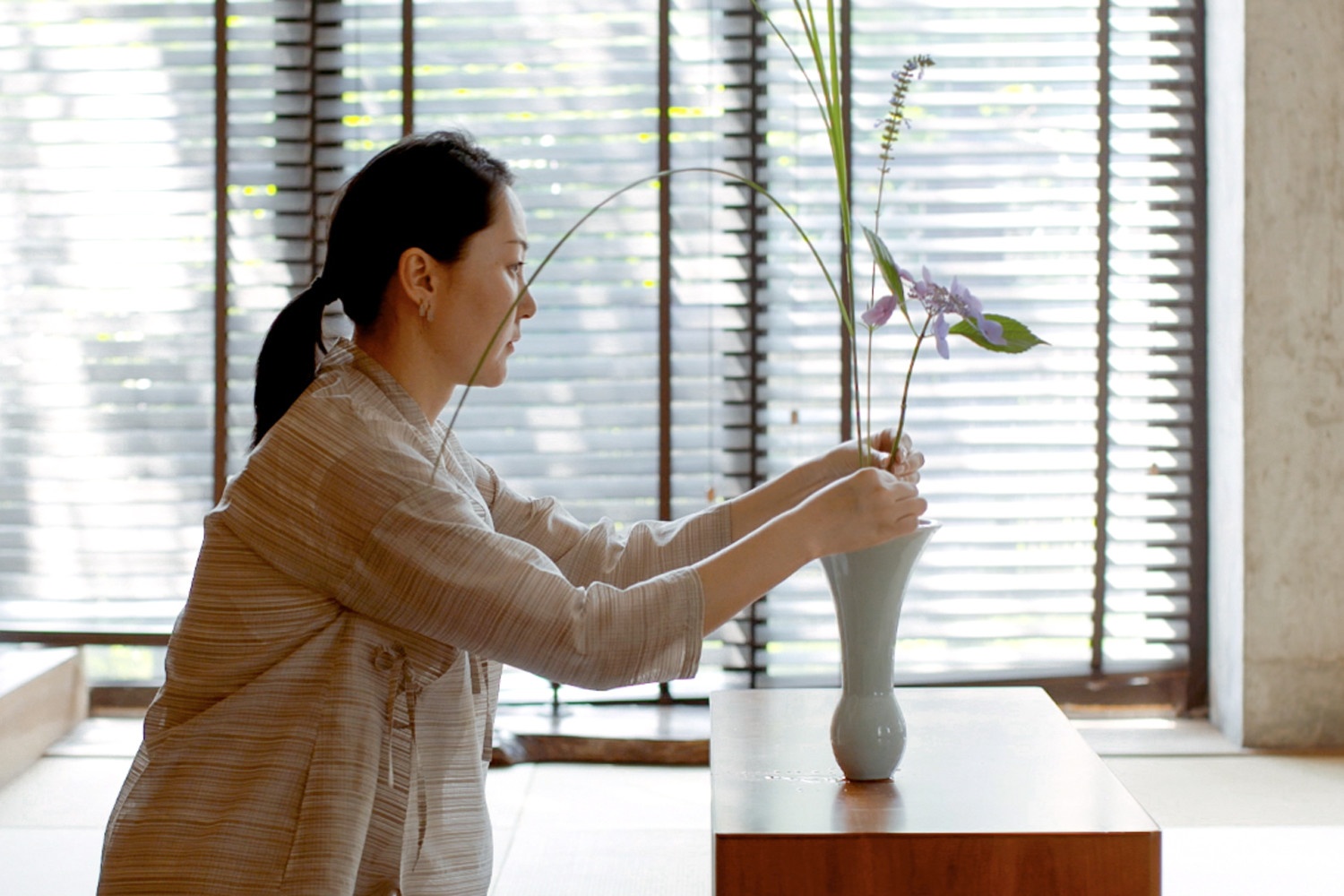 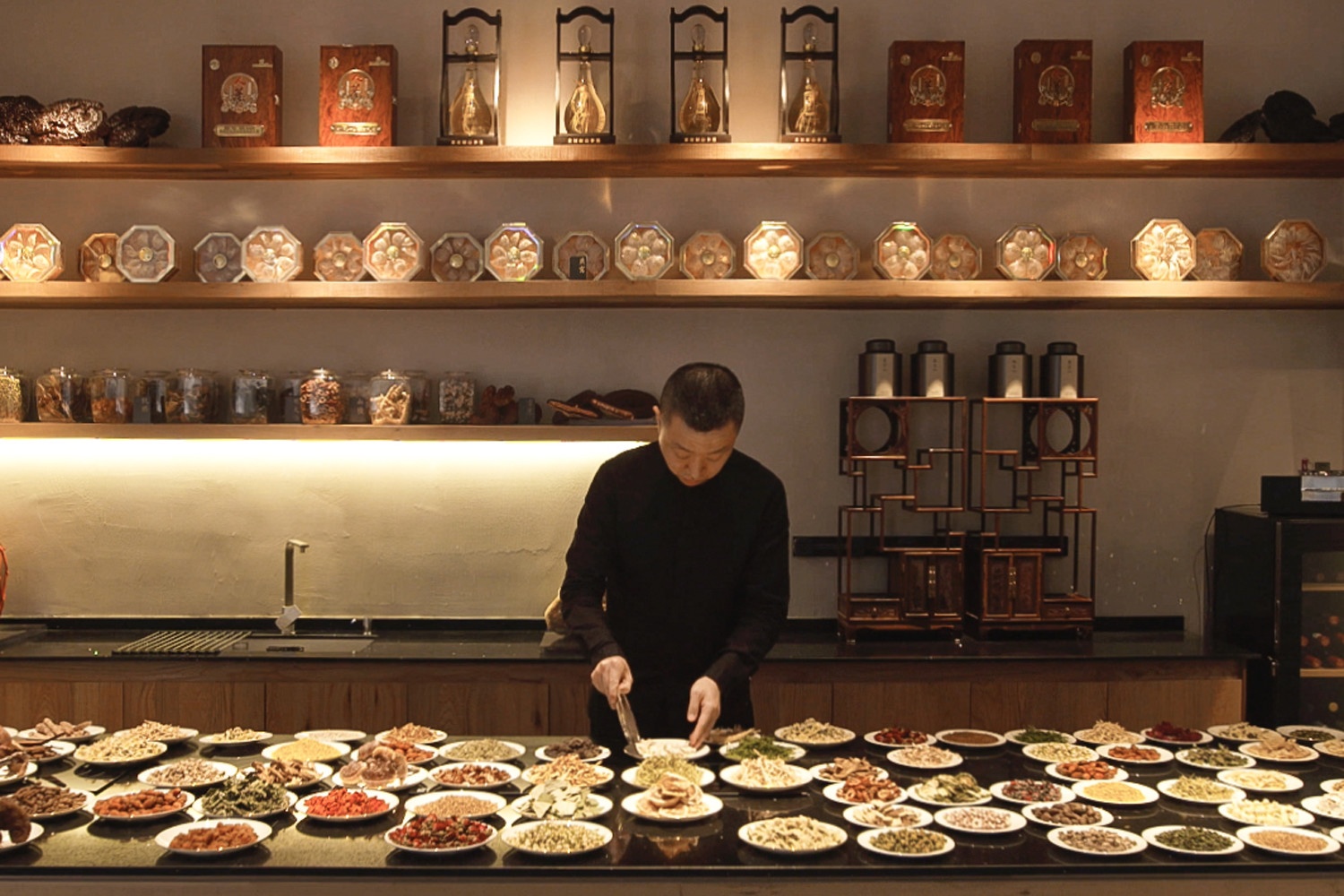 The Fengchang Tea Academy is located relatively remote, which used to be a wasteland when Bao and his friends first arrived. It took them a whole year to complete designing and construction. Because of the layout of the building, which is a long strip, Bao and his friends had more than 20 versions of plans to make reasonable use of the space. At that time, Bao just watched the Chinese movie The Wasted Times, directed by Cheng Er, which gave Bao an idea of the overall arrangement of the tea academy. Specifically, the scene in which the Japanese person opened a door and enter a space one after another inspired Bao and gave him the idea of designing and gradually presenting the Fengchang Tea academy.

In addition to the progressive layout, another impressive improvement was made to the entrance. Relatively hidden and small compared to the 2,000 square metre area of the Tea Academy, the entrance is designed to make guests feel private and intimate when they walk in. The earliest design of the entrance was a big door facing the lake, which was later considered to be too big to keep the stability of the atmosphere inside the Tea Academy when it is opened. To maintain the tranquillity inside, Bao changed the entrance into a small door so that the gentle energy of the tea academy inside will not be interrupted or altered easily by people who come in from outside. 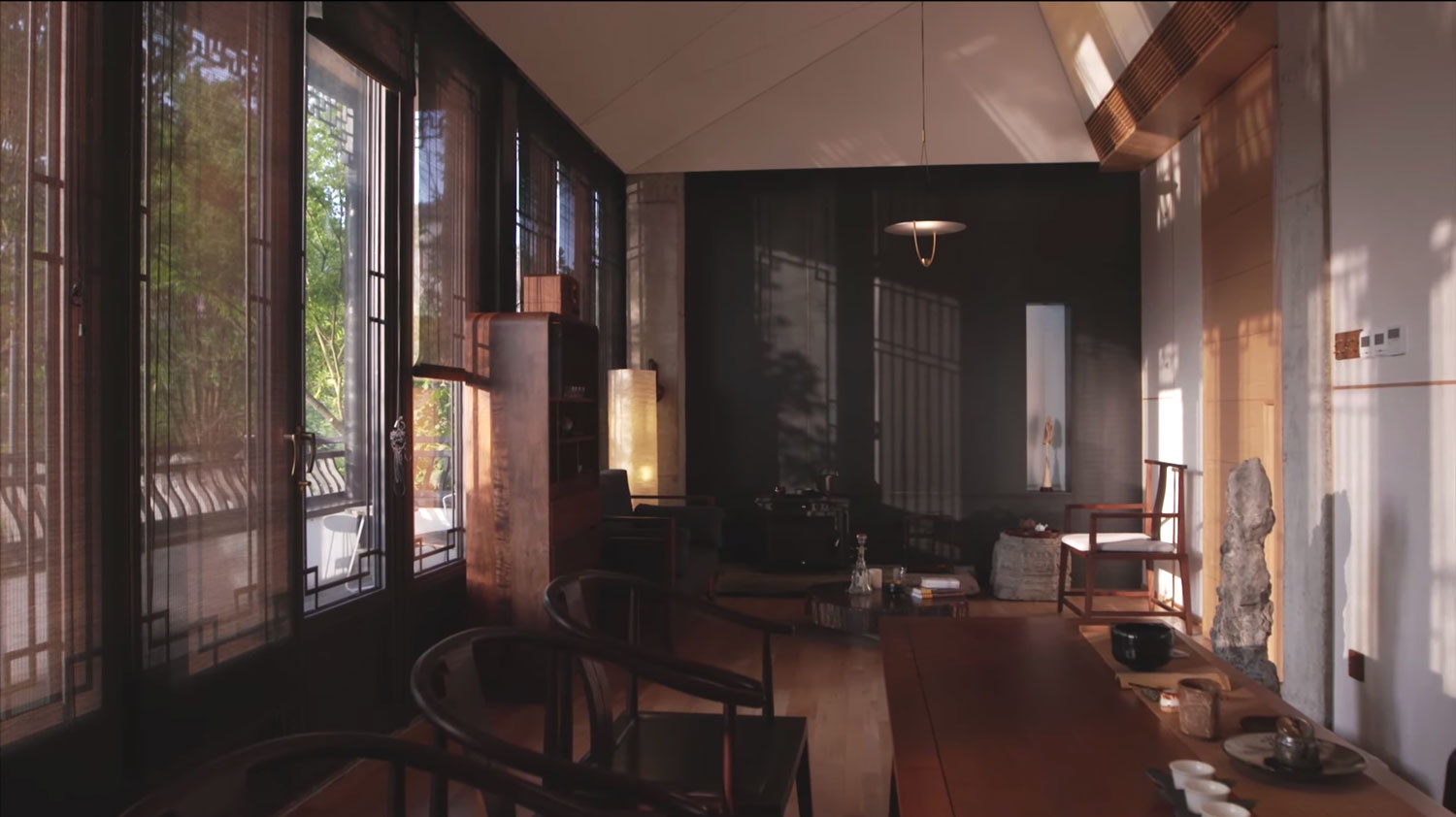 The Tea Academy in its early morning is not known by many because the open hour starts relatively late. However, the Yubai Tea room is the most enjoyable to have tea and meditate in early mornings, when the sun softly shines through the bamboo curtain onto the tatami. Tea experts have subtle requirements of their space for drinking tea. The design of Yubai tea room and Honglu tearoom demonstrates Bao's philosophy of an ideal space for tea lovers. In the first design draft, several tea rooms were all designed to have transparent glass all around the tea rooms, which would create a sense of instability. Later, Bao and his friends left a small window in the middle of the walls made of black iron. For example, in both Yubai and Honglu tea rooms, there is a small window in the middle of their walls so that when people drink tea in Yubai room, they would see other guests drinking tea in the Honglu room as well, which is the highlight of the tea rooms. Although people couldn’t hear what the others are talking about, they can feel the existence of the other party, which is enough to make everyone feel more connected in a subtle way just like the two tea rooms that are connected but do not interfere with each other.

Bao says that the best time to come to the Tea Academy is between 4 to 6 pm, which is the time of the sunset. As the Tea Academy faces the west, the sun shines through the window beautifully in the tea rooms, allowing the guests to sit, chat and forget about the hustle and bustle in everyday life. 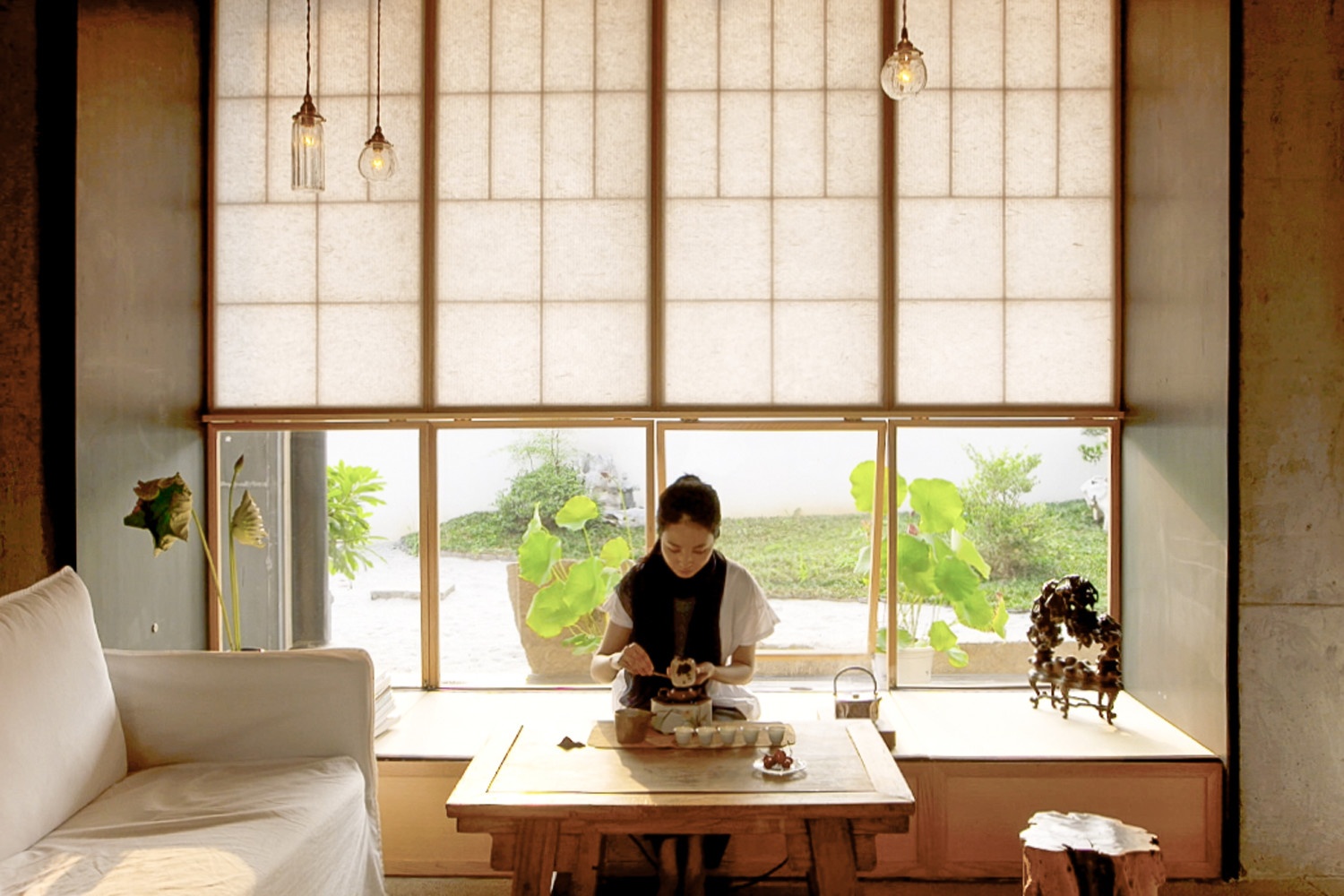 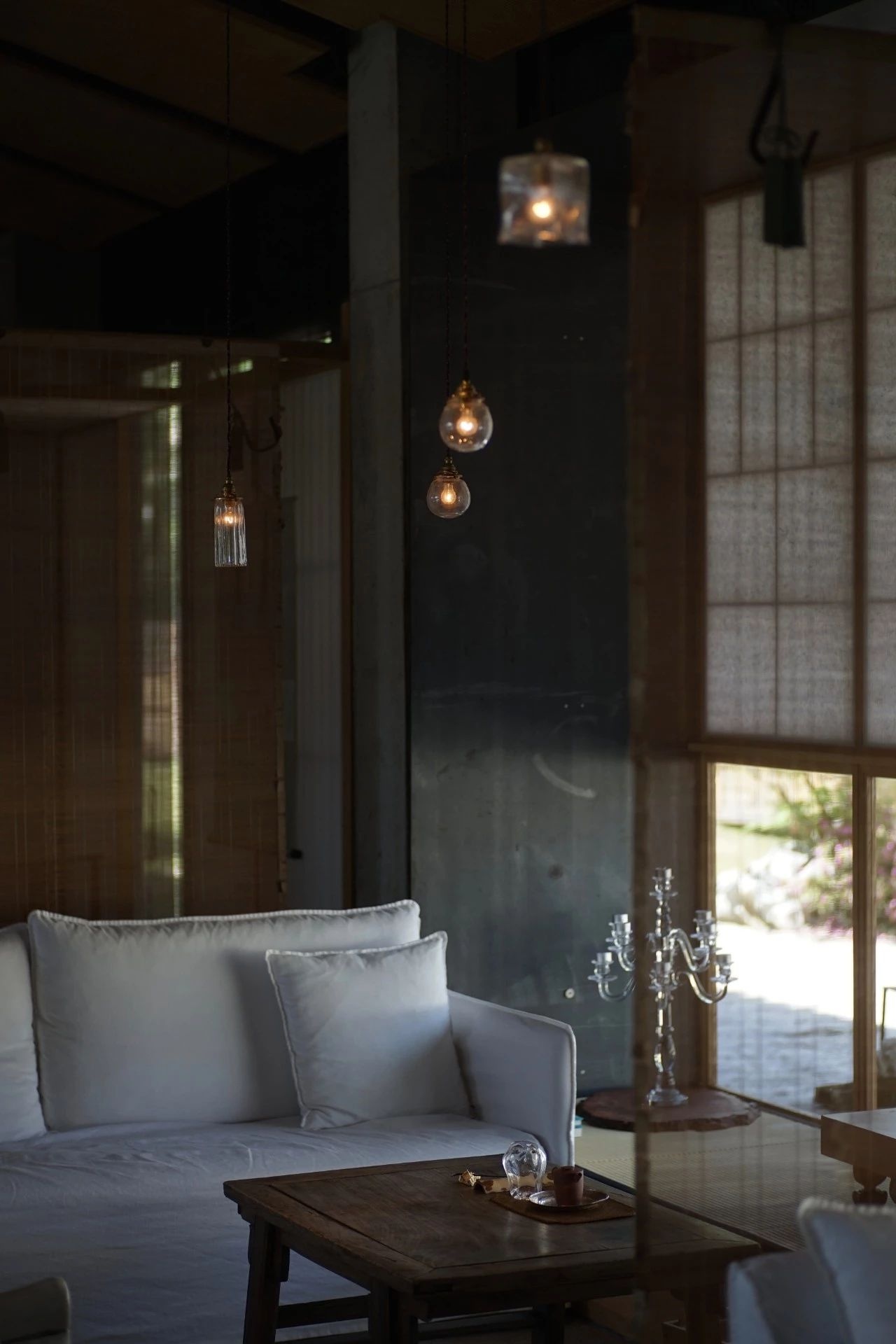 Bao has been influenced by a mixture of different design styles. Therefore, there are Nordic minimalist furniture, Japanese tatami, ancient Chinese stone slabs from Taihu and more non-industrial materials mixing and matching in the Tea Academy to enable senses of relaxation for guests from all over the world. The cultural hall uses special Chinese rice paper with special plated to increase its thickness to increase the light and shadow effect for windows. 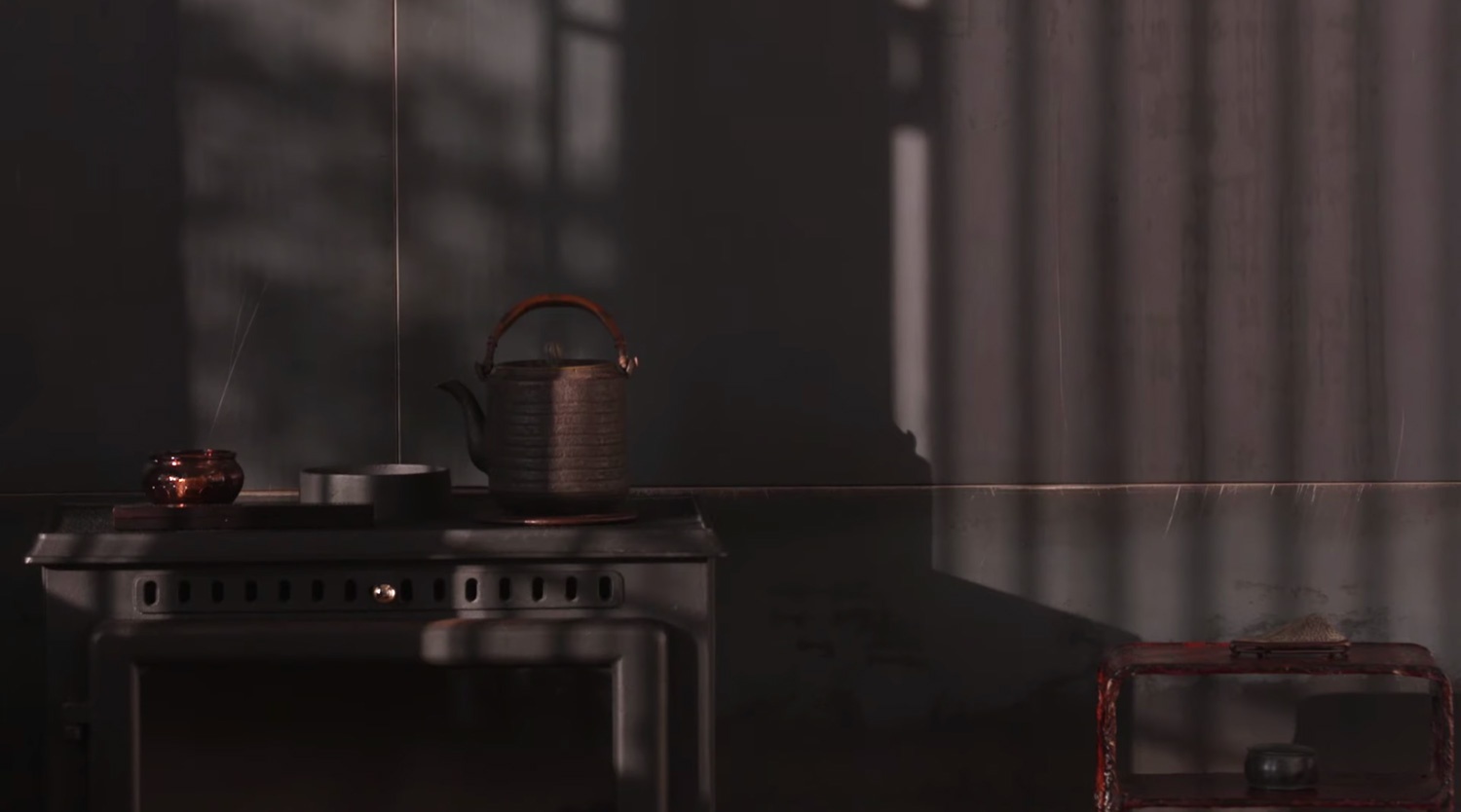 Bao has always believed that Hangzhou has become one of the pioneer cities in tea aesthetics. Hangzhou is a city with deep-rooted history yet the willingness and bravery to accept new things. 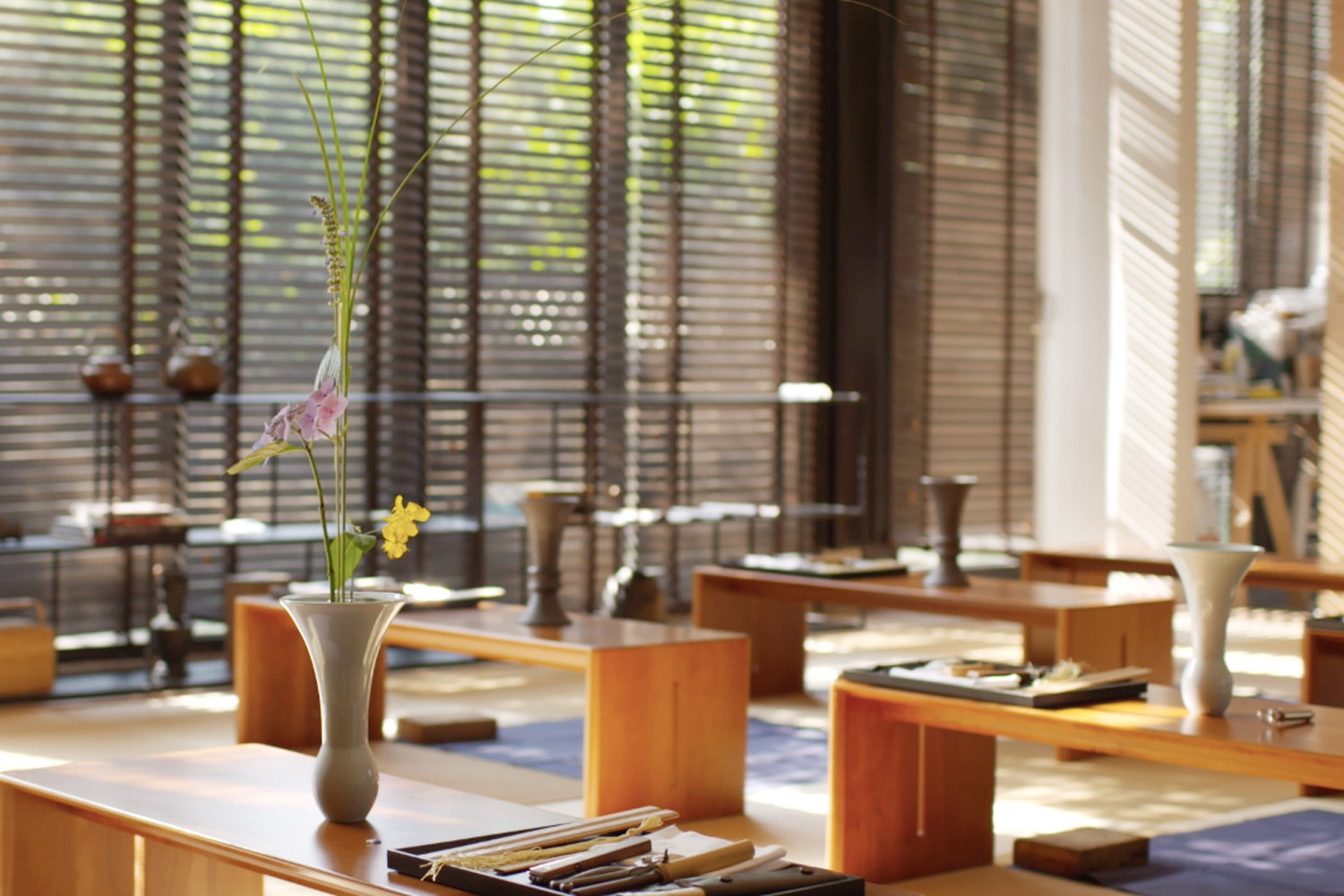 In the past 6 years, a new tea space appeared in Hangzhou around every six months, designed by people from all walks of life, who want to present their ideology in the tea space. In Bao's opinion, tea space is more than simply a room to drink tea, but also a spiritual place for people nowadays. Bao hopes that there will be more decent cultural space in China to reflect its rich heritage. Even something as small as a tea room could influence the pursuit of different lifestyles and art of more people.