This MoU is to establish a strategic partnership between Shaanxi Fengdong New Town Hospital and Liverpool Women’s Hospital on hospital design and build, advanced technology, research and development, clinic services, education and training. 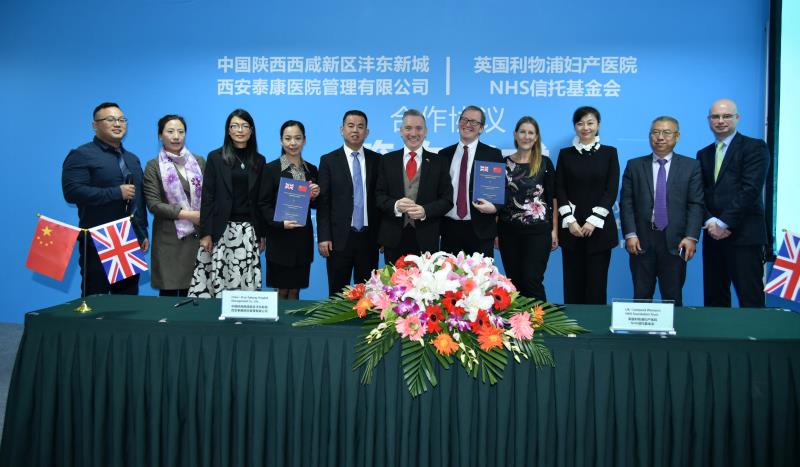 Andrew Loughney, Medical Director of Liverpool Women’s Hospital, addressed: ‘Liverpool Women’s Hospital is one of the only two hospitals dedicated to women’s and infants’ medical care in the UK. Managed by the Trust, Liverpool Women’s Hospital is the leading women’s hospital in the UK and even Europe, which has the outstanding team of doctors, nurses and midwives. Recently we have had several visits from Xi’an Taikang Hospital Management Company and reached an agreement regarding cooperation in various areas. With this collaboration, we wish to bring the technology and skills from Europe to people in Xi’an, through the newly built Shaanxi Fengdong New Town Hospital. I am looking forward to the future of the work and collaboration.’ 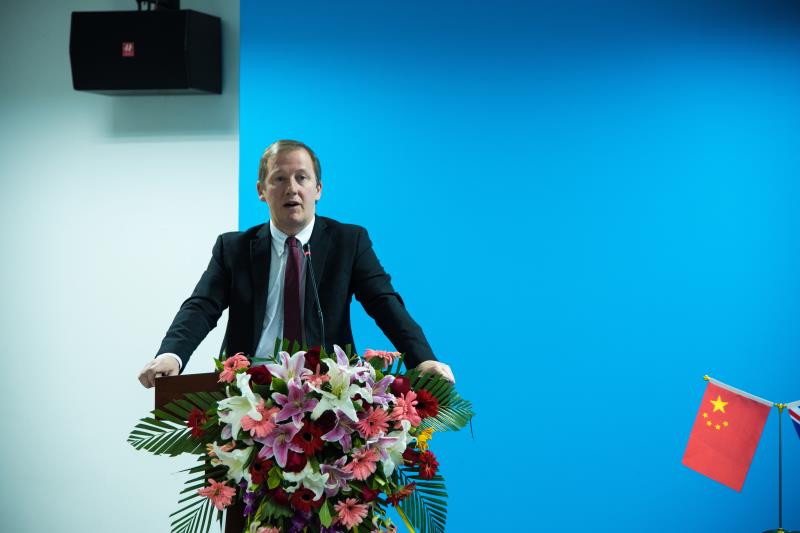 Gary Millar, Vice Mayor of Liverpool, is already familiar with China. He said that he has been to China eight times in three years, and is devoted to foster collaboration between Liverpool and China in education and healthcare, under the One Belt One Road Initiative. He introduced the research achievement in Liverpool, especially in healthcare and life sciences. The University of Liverpool has created 9 Nobel laureates of which 5 are in medicine and biology. He emphasised that Liverpool has one of the world's most comprehensive healthcare systems and the centres of British medical innovation, and they are willing to share these innovative achievements and expertise. 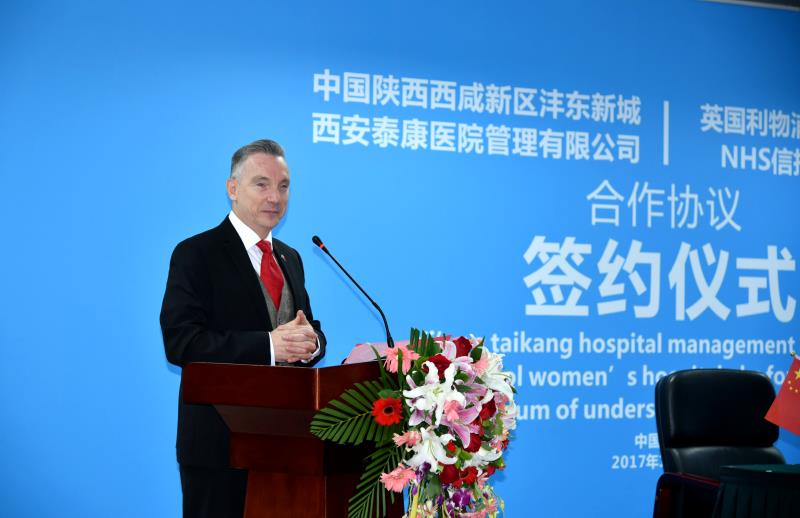 Gary Millar, Vice Mayor of Liverpool, making a speech at the signing ceremony

Yunfeng Zhang, the Chairman of Xi’an Taikang Hospital Management Company, said that under the support from Shaanxi government and Fengdong New Town Administration Committee, Xi’an Taikang is committed to exploring the cooperation between private investments and international hospitals. The aim is to use the international horizon and standards to serve people's health creatively, helping to build a new model for Greater Xi’an’s development. 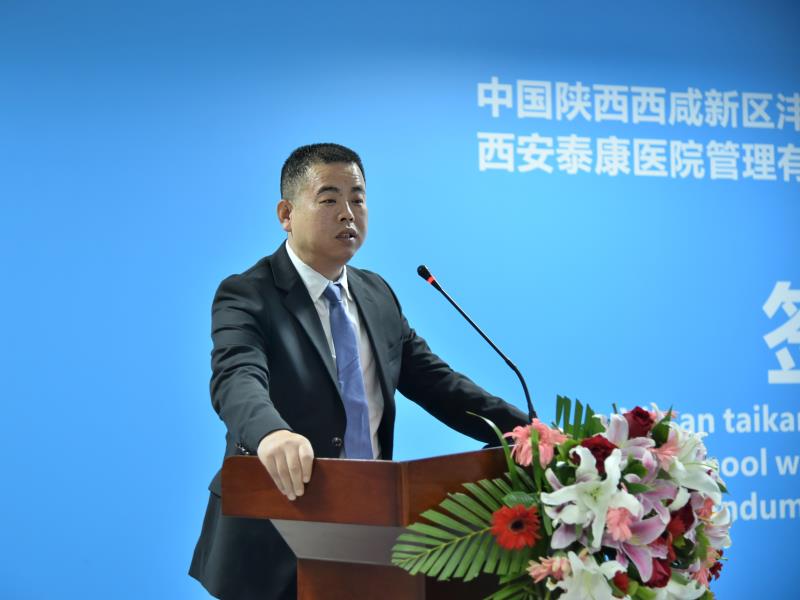 Yunfeng Zhang, the Chairman of Xi’an Taikang Hospital Management Company, at the speech

Shaanxi Fengdong New Town Hospital, which is currently under construction, is the modern comprehensive tertiary hospital approved by Shaanxi Provincial Development and Reform Commission, Shaanxi Department of Health and Shaanxi Xixian New District Management Committee. The hospital is going to have 1500 beds, along with 36 clinical departments and four specialities: women and children, cardiovascular, encephalopathy and oncology. There will also be an A&E department, R&D centre, clinical teaching system, health check and rehabilitation of chronic diseases. It will be the technical centre of Fengdong New Town’s healthcare system and is expected to open in early 2020. 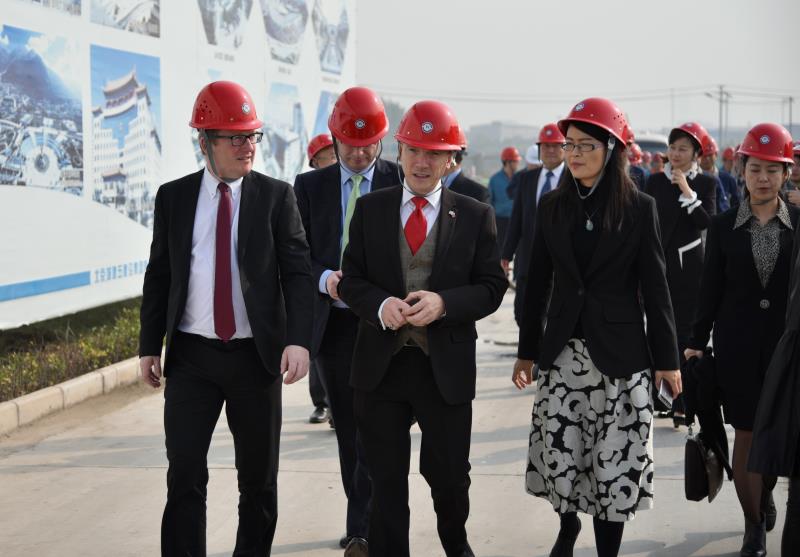 Before the signing ceremony, guests from Liverpool visited the construction site of Shaanxi Fengdong Hospital, accompanied by Dr.Yingying Tian, director of CDC

This event has opened up the broader opportunities of Xi’an Taikang Hospital Management Company to collaborate with Liverpool region on healthcare and life science. China Design Centre is looking forward to making further contributions to this partnership. 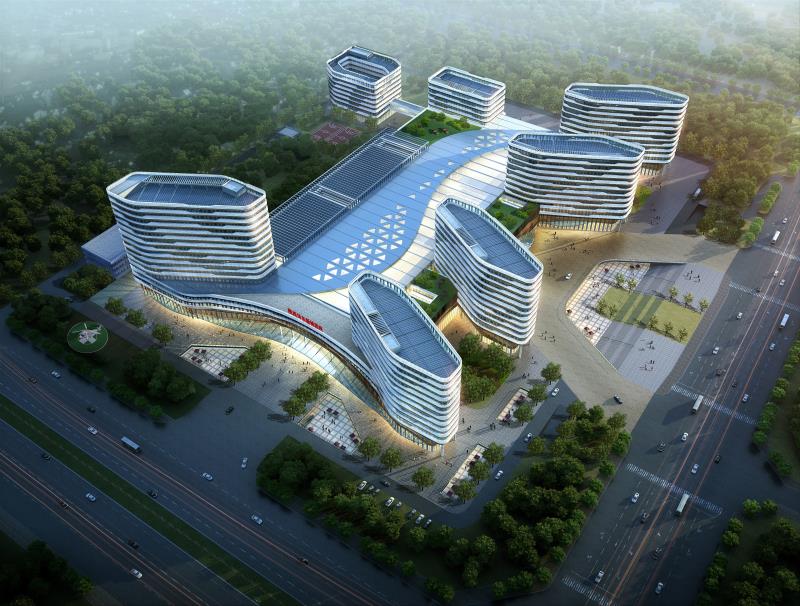