On 9th to 12th September 2019, Maison Shanghai and Furniture China, organised by China Furniture Association and Shanghai Bohua International Exhibition Co., Ltd., were successfully hosted in Shanghai World Expo Exhibition and Convention Center. The 4-day exhibition, taking up 70,000 square meters of exhibition halls, received a total of 46,000 visitors. More than 550 Chinese and international exhibitors have participated, showcasing high-quality products and designer works. At the same time, more than 20 design forums with more than 70 leading figures in the furniture industry have been held.

The H4 Pavilion welcomed the three major themed exhibitions – “History and the Future: From the Hundred Years of Bauhaus to Contemporary Chinese Design” which was curated by Lu Tao, Hang Jian, Charlotte and Peter Fiell; “Homeplus: The Habitat Lab” and “Chinese Home Decor - Colours Without Boundaries”. In addition to the exciting exhibitions, there was the most important event - the launch of ‘Contemporary Chinese Furniture Design - A New Wave of Creativity’, the world’s first definite book on contemporary Chinese furniture. 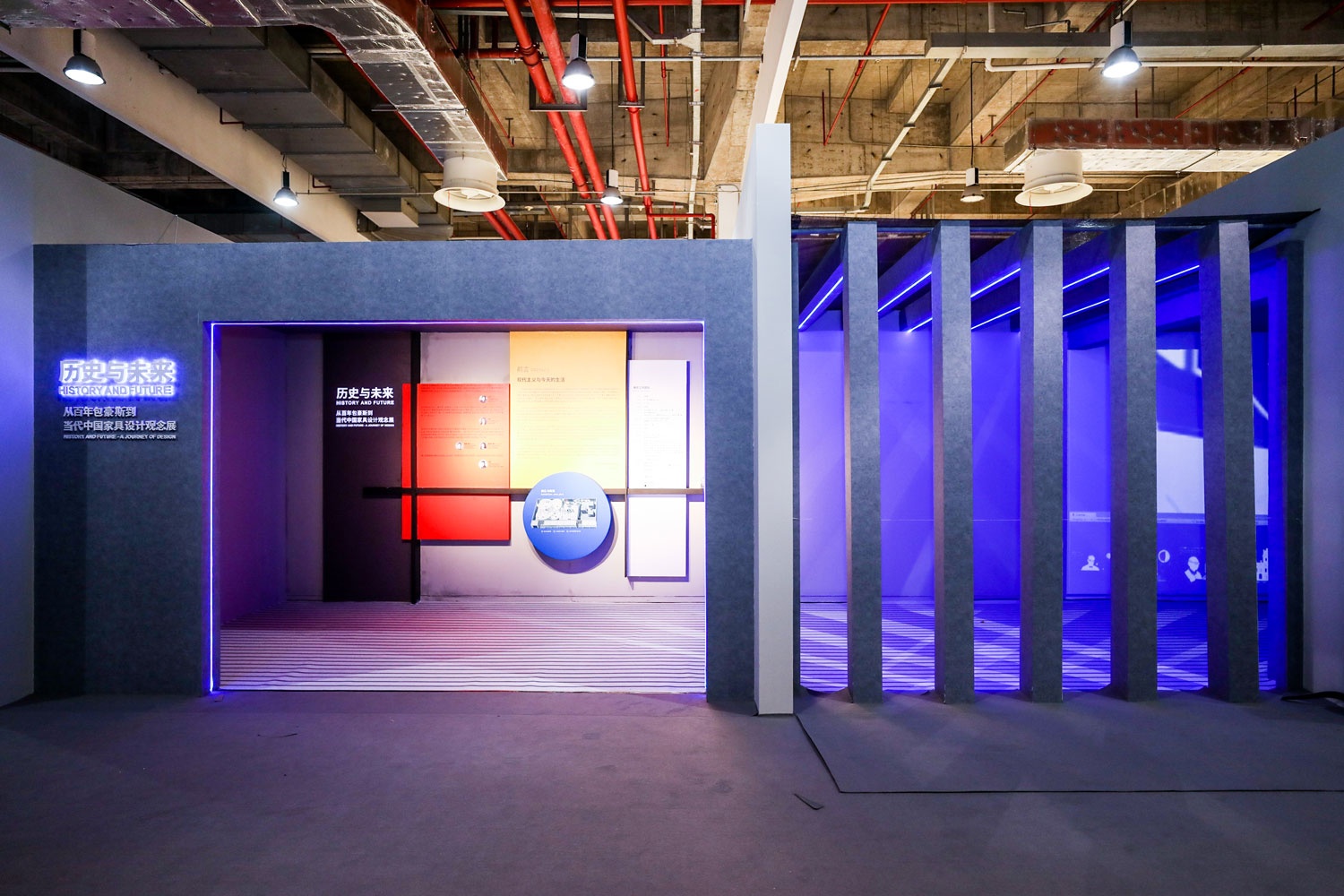 'History and the Future' exhibition entrance

At the book launch ceremony on 10th September, the authors Charlotte and Peter Fiell gave a wonderful speech followed by a design forum discussion. Famous Chinese designers, Zhang Zhoujie, Song Tao, Jeff Dayu Shi, Hou Zheng-Guang, have also joined the forum and shared their views. Nearly 30 designers whose work have also been included in the book have participated and supported the event. The book launch can be seen as a thrilling turning point for Chinese furniture design to be recognised by the world and recorded in the design history. 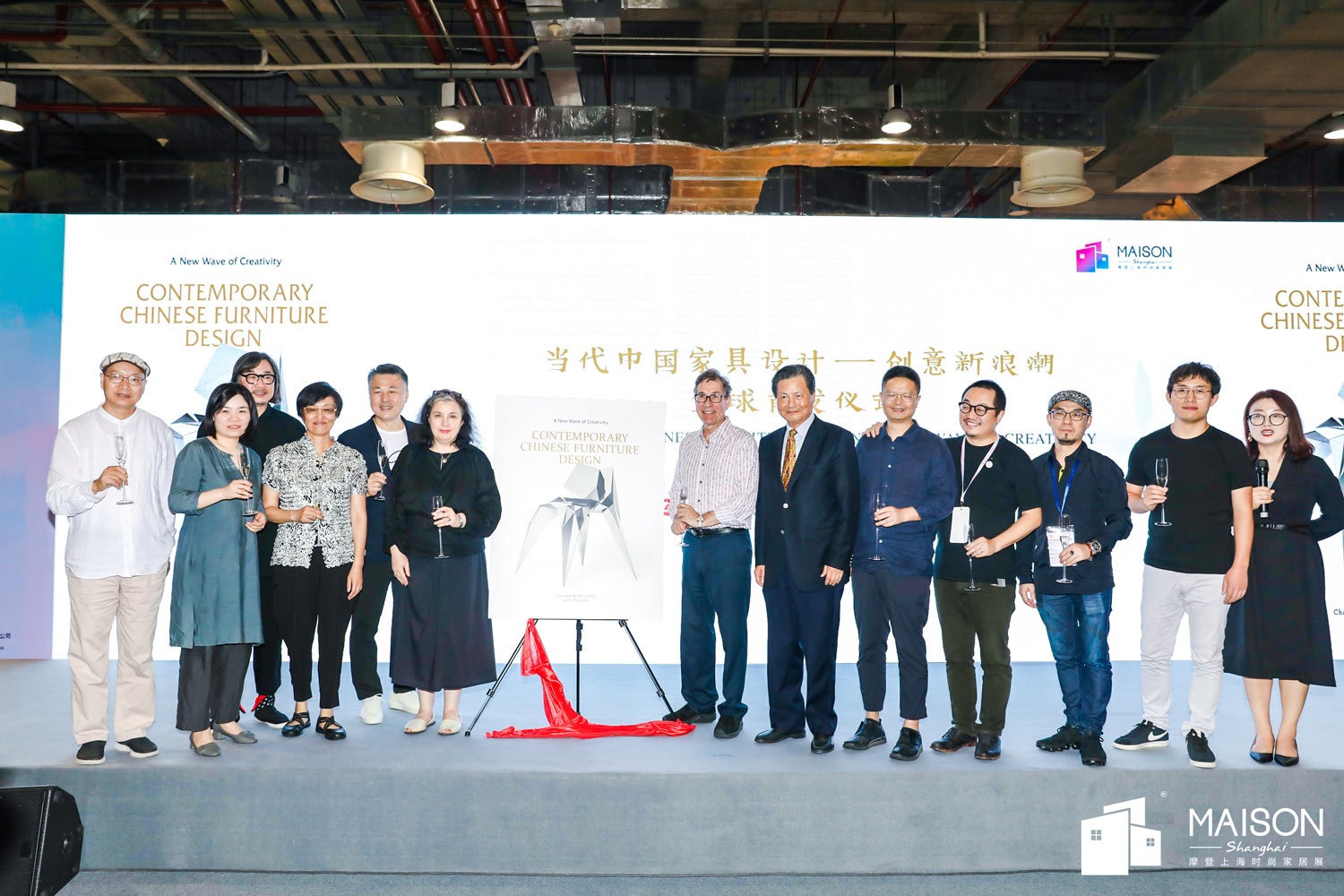 As Peter Fiell said in his speech: ‘There is an astonishing amount of creativity and design talent at the very highest level in China today. In terms of contemporary furniture, there is no shortage at all in super-high quality, highly innovative designs that are 100% of Chinese origin – quite a lot of which draw inspiration from ancient Chinese culture and various superlative furniture paradigms. What was even more unexpected, which came as a complete revelation to us, was that what we witnessed is what we believe to be the beginning of a design reform in China. And that is huge big news.’ 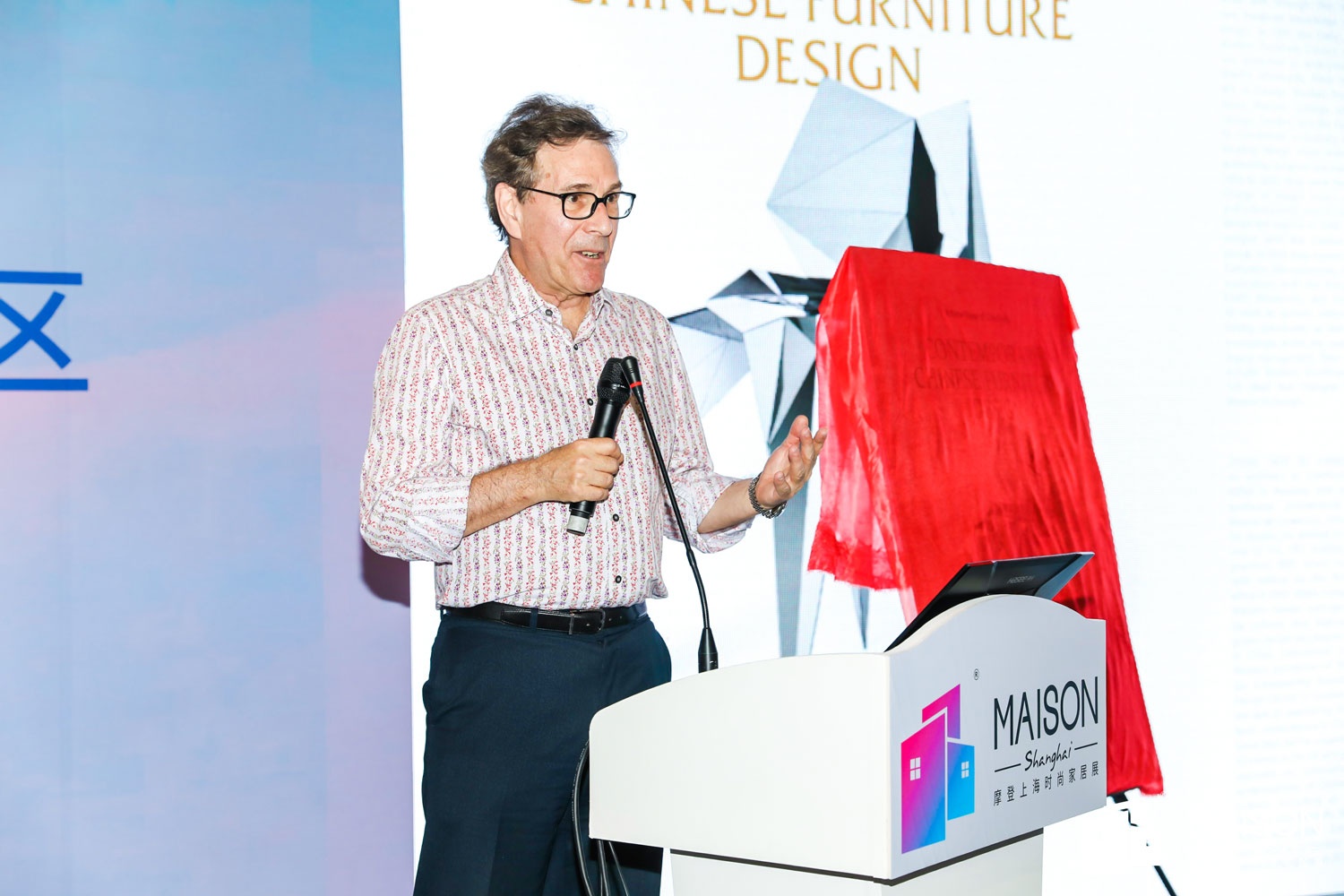 Peter Fiell giving the speech at the book launch ceremony

Nearly 50 iconic furniture pieces from the book, hand-picked by Charlotte and Peter Fiell, were shown at the ‘History and the Future’ exhibition at H4. They were categorised into 5 themes: Cultural References, Neo-Ming, Craft Spirit, Design Art and Future Horizons.


Successive generations of talented Chinese designers associated with the New Chinese Design movement have tapped into their cultural roots in order to create original and innovative furniture pieces that are inspired by the remarkable design legacy of their ancient forebears. Channelling the spirit of the Song and Ming dynasties, as well as other Chinese styles and themes, from traditional Chinese tea culture and age-old regional crafts to calligraphic forms and folktale symbolism, these designs express a twenty-first-century Sinocentric national romanticism. And in our increasingly globalized world, the focus on cultural roots is becoming ever more important, for they have the power to reconnect us with where we come from and help give us a sense of who we are, our place in the world, and ultimately our shared humanity. 
One of the most significant themes running through the work of the New Chinese Design movement is the discovery and analysis of China’s ancient design culture. This wonderful legacy has inspired many of China’s foremost contemporary designers to produce work that is 100% authentically Chinese and that can best be described as being within the ‘Neo-Ming’ style. Many have not only carefully studied the graceful-yet-functional furniture forms evolved by their Ming predecessors, but also explored in depth the intricate constructional techniques developed during this veritable highpoint of Chinese design endeavour. Likewise, the Song dynasty and its advancement of the literati’s refined lifestyle culture has also had an enormous influence on today’s pioneers of New Chinese Design. 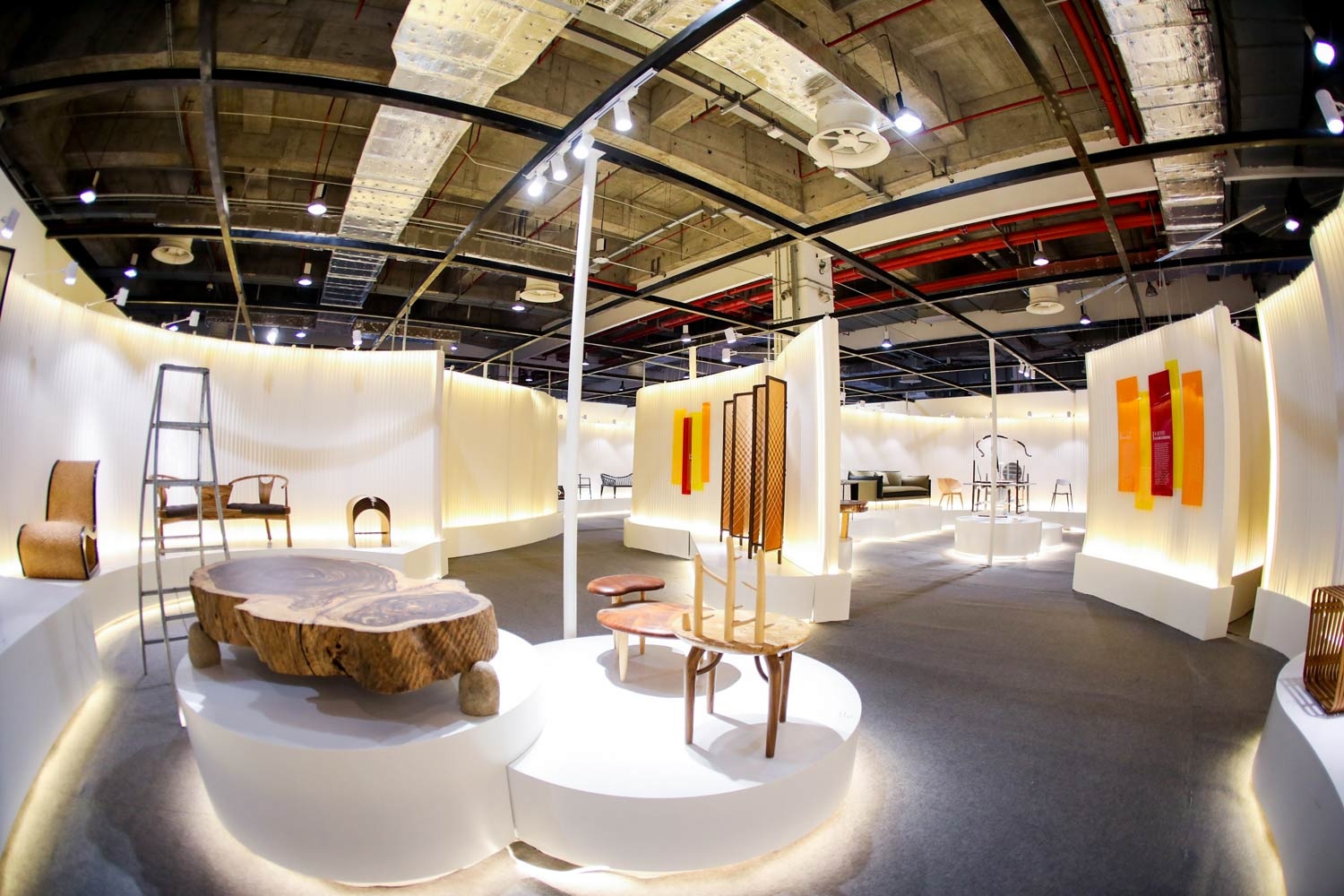 
China has one of the richest and most diverse craft cultures in the world – from silk embroidery, papermaking and porcelain manufacture to lacquerware, bronze-making and bamboo weaving. Today, designers at the very vanguard of the New Chinese Design movement are taking inspiration from the multitude of these national crafts and revitalising them by marrying them with cutting-edge contemporary design. Not only does this help to preserve and prosper these age-old craft traditions, many of which were until very recently under threat of extinction, but also engenders into the resultant designs a deeply engaging Chinese character, which helps set them apart and gives them such a strong and compelling identity. 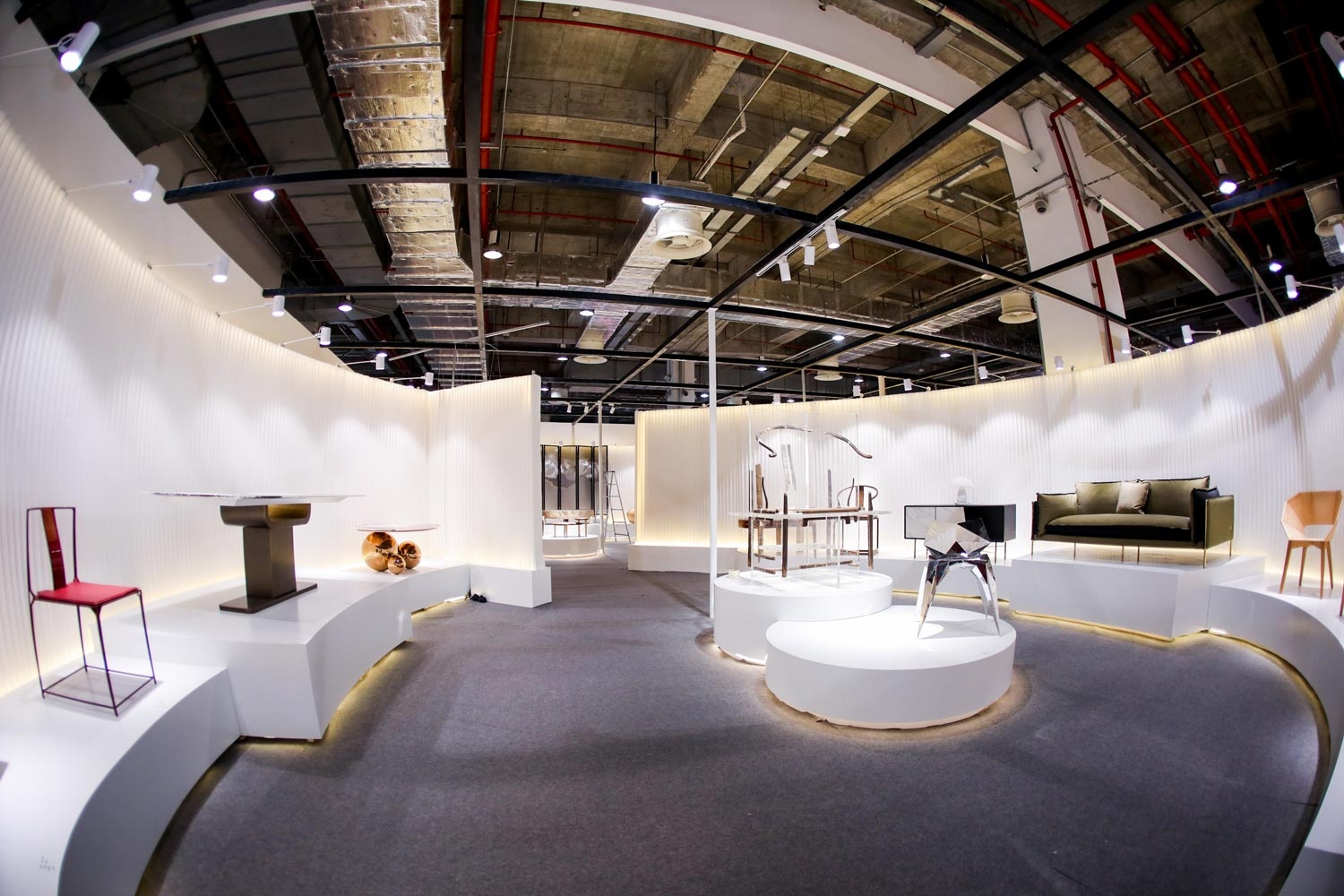 The first expression of the New Chinese Design came through so-called design art. Over the last two and half decades this type of avant-garde work has helped to propel the movement, especially within international design circles. In 1995, Shao Fan famously created his groundbreaking Chairs (?) series, which spliced reproduction ‘antique’ Chinese chairs with modern abstracted forms reminiscent of Chinese characters. Sitting astride the fault line between the fine and applied arts, these remarkable chair sculptures heralded a new dawn within Chinese design. Since then, designers and design studios such as Song Tao, Zhang Zhoujie, Studio MVW and Shang Xia have created cutting-edge work that challenges the traditional distinctions between art and design, many examples of which have been purchased by leading museums and important private collectors around the world.


Today, thanks to the pioneering efforts of the New Chinese Design avant-garde, high-quality and progressive contemporary Chinese furniture designs, such as the examples exhibited here, are becoming increasingly mainstream, at least within mainland China. And today, in our increasingly interconnected world, what happens in China in terms of design and manufacturing has an impact not only within its borders, but elsewhere, too. Given this, thankfully there is a remarkable level of talent, intelligence and resourcefulness among the pioneers of New Chinese Design, who, with encouragement and the right conditions, could have a tremendously positive influence on world design. Indeed, within the context of this specific ‘moment’ in Chinese design, it feels that this is not so much a question of ‘if’, but rather ‘when?’